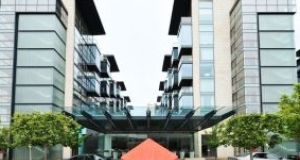 As part-owner, Ires Reit expects to pay approximately a quarter of the €10 million needed to fix fire-safety and other structural defects at the Beacon South Quarter complex in Sandyford.

The State’s largest private landlord, Ires Reit, saw profits jump 52 per cent to €47 million last year on the back of what the company described as strong market demand helped by a “significant shortage of housing”.

In its full-year results for 2016, the company said revenues from investment properties increased to €38.8 million from €24.7million, while the occupancy rate for its properties rose to 98.7 per cent, up from 96 per cent in 2015.

During the year, the group said it acquired a further 763 apartments for €172.4 million, increasing its total apartment count by 47 per cent to 2,378 with total investment to date put at €623 million.

The company also announced that it had secured a new five-year revolving credit facility of up to €250 million with a reduced margin, which can be extended to €350 million subject to certain terms and conditions.

While Ires Reit said it enjoyed strong rental growth during 2016 arising from renewals and turnovers, it noted that due to the new rental restrictions a substantial portion of its portfolio was only up for rental increases on renewals this year.

The firm was recently forced to resubmit proposals for an apartment scheme at its “Rockbrook” site in Sandyford after planners with Dún Laoghaire-Rathdown County Council (DLRCC) raised concerns over the height and density of the development.

The revised 460-apartment scheme is expected to reduce potential rental income by some €600,000 a year.

“It is not anticipated that the expected yield on completion and lease-up will change significantly because while there will be somewhat less income derived from a lower number of apartments the costs of the development will also decline as a result of building fewer apartments,” the company said.

At the end of 2016, the firm said it maintained an acquisition, including development, capacity of €150 million based on a target gearing of 45 per cent.

It expects to pay approximately a quarter of the €10 million charge to fix fire-safety and other structural defects as part-owner of the Beacon South Quarter complex in Sandyford.

The company’s directors said it was their intention to declare a dividend of 4.9 cents per share for 2016.

“The objective of Ires since we commenced operations in Ireland has been to bring a new positive experience to tenants by providing a professionally managed product which meets the needs of the market while adequately rewarding our shareholders,” chief executive David Ehrlich said.

“I believe we have delivered on both of these objectives to date. We are long-term investors in the Irish market and we are playing an increasingly positive role in helping to address the serious shortage of rental accommodation in Ireland,” he said.

“Looking ahead, we will continue to look at accretive acquisitions, after considering the 4 per cent annual cap on rent increases, and development intensification opportunities, which we believe will be highly accretive, to grow our bottom line, and expect growing and secure dividends going forward,” Mr Ehrlich said.