More than €162m for five retail parks in receivership

Portfolio of retail assets largest to come on market since crash 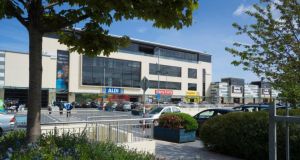 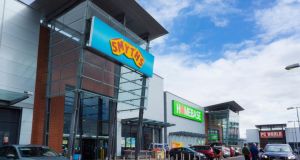 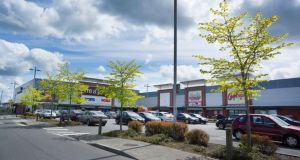 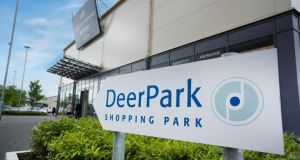 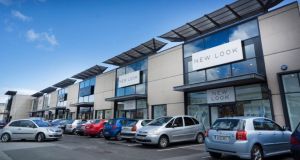 Nutgrove Retail Park in Rathfarnham, Dublin 14 is one of five retail parks in receivership to be offered for sale on the instructions of Bank of Ireland.

Agents Savills and JLL are seeking in excess of €162 million for the five properties which are currently producing a gross income of €12.2 million and will show an initial yield of about 7.2 per cent. The entire portfolio extends to 1.1 million sq ft and is the largest to have been brought to the market since the property crash in terms of floor space.

Not surprisingly, Nutgrove will be available to buy on its own or as part of the National Portfolio because of its prime location, strong performance and the fact it has a higher value than any of the other parks.

The selling agents are guiding €62 million for Nutgrove which trades strongly opposite the local shopping centre and will give a new owner an initial yield of 6.33 per cent.

About 76 per cent of the rental income comes from Homebase, Harvey Norman and Aldi and to reassure investors about the future of the park, the agents have calculated that the weighted average lease term to run is now 13.9 years. All the retail buildings are occupied.

The selling agents are confident Nutgrove will be of particular interest to the most active institutional buyers because of its quality and size.

The four provincial parks to be sold in one lot with a valuation of over €100 million are Letterkenny Retail Park; Sligo Retail Park, Tullamore Retail Park and Deerpark Shopping Park in Killarney. If the asking price is achieved, new owners can expect a return of 7.3 per cent. Simon Coyle of Mazars is receiver to Nutgrove and the Killarney park, while KPMG is handling the receivership of the three other centres.

It is in many ways equivalent to a large shopping centre with a strong line-up of fashion tenants, including H&M, New Look, River Island, Menarys and crowd-puller TK Maxx. Other leading occupiers include Marks & Spencer, Homebase, Boots, Argos, Halfords and Smyths Toys. The scheme also benefits from its proximity to Dunnes Stores, Lidl and McDonald’s. The rent roll from the Letterkenny centre is set to increase significantly when a rent-free concession offered to H&M is due to run out in 2016. The fact that the average lease has more than nine years to run will also be a strong selling point.

Deerpark benefits from Killarney’s busy tourist business. It has an overall floor area of 11,148sq m (120,000sq ft) and is one of the few retail parks in Ireland with open retail use. It is anchored by Homebase, Marks & Spencer, Argos, Boots and the Arcadia Group. The rent roll is €1.55 million.

Sligo Retail Park also has a strong line-up of tenants and further opportunities to increase the €2.05 million rent roll by letting a number of vacant units. There are 15 warehouses in all and three food outlets with an overall area of 24,150sq m (260,000sq ft).

The scheme is anchored by Homebase which has 9½ years to run on its lease, while the other traders include Halfords, Homestore & More, Currys, PC World, Harry Corry, Smyths Toys and McDonald’s. The park is ideally located just off the main N4 Sligo-Dublin road and within walking distance of the town centre.

There are seven traders in all, including Argos, DID Electrical, \Minogue Furniture and Harry Corry as well as a standalone Burger King fast food restaurant in the car park.

The scheme also has a Tesco petrol station which shares a common entrance with the Tesco Extra format store. The Tullamore park is producing a rent of €1.47million and has an overall weighted average lease to run of 10.7 years.

Domhnaill O’Sullivan of Savills said it was an ideal time to buy retailing on this scale as rents were recovering on the back of improving consumer sentiment.

As a retail park portfolio, he said there were significant synergies in terms of dealing with existing tenants across multiple schemes and more importantly new tenants looking to access the market.

John Moran of JLL said the scale of the sale would give investors scope to establish a significant retail park platform in Ireland and to benefit from the rental growth prospects which was anticipated in the retail market.