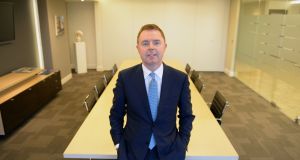 Property fund company Iput told investors at its annual meeting on Thursday that it was on target to deliver 20 per cent growth in dividends over the next five years. The fund, which has a €2.3 billion portfolio of commercial real estate focusing on Dublin city centre, said net rental income increased 8 per cent to €92.7 million in 2017.

Momentum is continuing into 2018, it said, with new leases signed in the first quarter including a long-term letting at 72 Grafton Street to retailer The White Company. Its current rental income now exceeds €100 million and is expected to growth further.