Former Jurys and Berkeley Court in D4 for over €120m 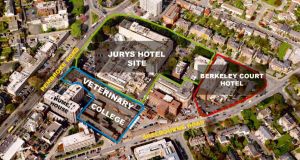 The Ballsbridge hotel sites, bought by Seán Dunne in 2005 for €380m, which are likely to go on offer internationally, and the UCD veterinary college, bought by Ray Grehan for €171.5m and sold on for €22.5.m. 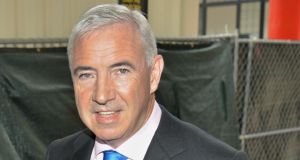 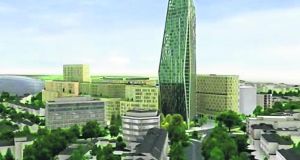 The two Ballsbridge hotels bought by developer Sean Dunne at the peak of the property boom in 2005 for €380 million are to be offered for sale on the international market in the coming weeks.

Initial valuations suggest that the former Berkeley Court and Jurys properties, now known as the Clyde Court and Ballsbridge hotels, are likely to sell for between €120 and €150 million. Savills and the US company Eastdil Secured will be handling the sale.

The 6.8-acre site, once one of Ireland’s most expensive properties, is almost certain to be redeveloped for expensive apartments and a hotel as well as a leisure centre, restaurant and bar, cafes and a healthcare facility.

The existing hotels with almost 600 bedrooms are currently operated by the Dalata Hotel Group on behalf of a two-bank consortium – Ulster Bank and Rabobank – which took over control of the hotels in 2009 after Mr Dunne was refused permission to redevelop the site.

Dunne is currently appealing the High Court’s refusal to set aside his Irish bankruptcy.

Separately, An Bord Pleanála granted a 10-year planning permission in April, 2011, for a comprehensive redevelopment of the site involving 11 interlinked residential blocks and a separate building to accommodate a 150-bedroom hotel with a conference centre and other facilities.

The 11 blocks with arcaded walkways are to accommodate 568 large apartments aimed at the top end of the market.

Most of the apartment blocks will range in height from six to 10 storeys.

The development will also include a mixture of private, semi-private and public open spaces as well as winter gardens, a raised courtyard garden and a public plaza. The basement levels will accommodate 963 car spaces and 620 bicycle spaces.

Dalata has already completed three years of a five-year management contract at the two hotels, which is understood to include a break option for the owners.

About 18 months ago, the Blackstone investment group was reported to be attempting to position itself for a future tilt at the hotel assets by buying out the stake held by Icelandic bank Kaupthing.

That does not appear to have happened and Kaupthing’s shareholding has since apparently been acquired by Ulster Bank.

At about the same time, Blackstone paid €67 million for the Burlington Hotel which now trades as a Doubletree by Hilton.

That price is less than a quarter of the €288 million property developer Bernard McNamara paid for the hotel in 2007.

Ulster Bank, the lead financier for Mr Dunne’s purchase of the hotels, is believed to own about 65 per cent of the properties.

The high prices paid for the Ballsbridge sites at the peak of the market were topped by developer Ray Grehan, who paid €171.5 million for the 2.02-acre former UCD veterinary college – the equivalent of €84 million an acre.

The Comer Group subsequently acquired it in June 2013 for €22.5 million.

The turning point for site values came in June last year when a consortium led by Johnny Ronan and Paddy McKillen paid €40.5 million for a key office site beside the former Burlington Hotel.