Developer lashes out at ‘cheerleaders’ of private rented sector 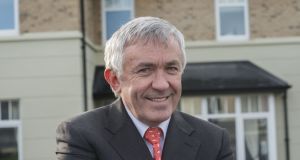 Developer Michael O’Flynn told the IPAV conference: “Contrary to some of the noise now emerging, home ownership is not an obsession.”

Addressing the Institute of Professional Auctioneers and Valuers (IPAV) annual conference last Saturday, Mr O’Flynn, whose companies have built thousands of houses over the past four decades, warned that a “herd mentality” was forming in relation to the perceived advantages of long-term home rental. This was happening, he said, in the absence of a proper examination of how the PRS sector sits within Ireland’s overall economic model.

While Mr O’Flynn acknowledged that there is a place for institutional landlords within the Irish market, he criticised those commentators who suggest that the country must move away from its “obsession with home ownership”.

He said: “Contrary to some of the noise now emerging, home ownership is not an obsession. It is a model which allows people to pay to a bank a monthly amount similar to – and sometimes less than – what they would otherwise pay in rent but which will ultimately lead to them owning their home. The model means that they do not have to pay rent when their income reduces on retirement and they have an asset of value. On death that asset can give a financial leg up to their children.”

Mr O’Flynn added that the traditional ownership model gave families a level of financial security that simply wasn’t available to those dependent on renting, where the “whims of investors and changes in policy” could have a profound effect.

Before prioritising the build-to-rent model of housing delivery, the developer said consideration needed to be given as to whether it was something people wanted and would be able to afford in the long term, as opposed to something “the vocal few, comfortably living in their own homes” believed “should be good enough for others”.

Questioning those in attendance at the IPAV conference directly, he asked how many of them would prefer to rent or own their own homes.

He said: “How many of you could afford the rent that your house would attract if you had to pay rent in your retirement? How many people in this country have sufficient savings or a large enough pension to give them enough income to pay rent after they retire?”

Noting the official projection that Ireland will have just two workers for every retiree by the year 2050, he added: “Have we considered how that will impact on pension income? And how can a generation herded towards home rental manage to continue to pay rent on their homes post retirement on a pension which is bound to reduce based on these projections?”

While the O’Flynn Group chief acknowledged that purpose-built rental properties must be delivered in larger urban areas, he said there was an equal need for properties suitable for all tenures to provide people with choice.

And he warned that the Government’s focus on formulating and promoting policies geared towards the growth of the build-to-rent sector was “recklessly pushing the traditional smaller landlord out of the market”.

Calling for an urgent review of the restrictions on rent increases and of tenant protections, he said: “If we do not urgently revise relevant policies, smaller urban areas which are of no interest to the large-scale landlords will be left with an even greater deficit of rental properties.”