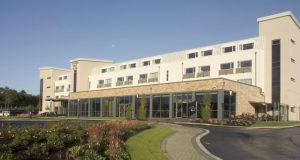 A fund controlled by Davy has acquired the four-star Clonmel Park Hotel in Co Tipperary for about €5 million.

The price paid for the property represents a modest premium of €200,000 – or just over 4 per cent – on the €4.8 million guide price set by selling agent JLL when it brought the hotel to the market on behalf of its previous owners, the Poppyfield Consortium.

Prior to the involvement of Poppyfield, the freehold of the property had been owned by businessman Jack Ronan, whose debts were transferred to the National Asset Management Agency (Nama), which subsequently sold them on to investment fund Oaktree Capital.

California-based Oaktree bought the debt as part of the Project Ruby and Emerald deals that it concluded with Nama in 2016.

The Clonmel Park Hotel comprises 99 guest rooms, and is operated under the terms of a leasehold agreement by Tetrarch Capital’s hospitality division, the Tetrarch Hospitality Group. Tetrarch leased the property, which is located just outside Tipperary town, in 2015 for a sum that its chief executive, Michael McElligott, said was not significant.