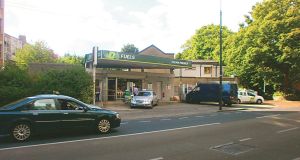 124a Northumberland Road: to be sold on the instructions of receiver Duff and Phelps 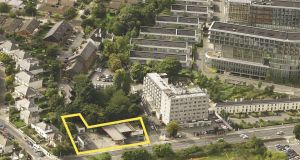 Two Dublin 4 petrol filling stations, one alongside the Tara Towers Hotel on the Merrion Road and the other near the Ballsbridge Hotel on Northumberland Road, are to be sold separately at substantially different valuations. .

Joint agents Savills and DTZ Sherry FitzGerald are asking €3 million for the Merrion filling station located alongside Elmpark, a vast office and residential development also for sale at the moment through the same agents for over €185 million.

The petrol station extends to 0.53 of an acre (0.21 of a hectare) and has obvious development potential.

Owners O’Mahony Finnerty secured planning permission for an 11-storey block to accommodate 42 apartments but the scheme had to be abandoned because of the property crash. More recently a feasibility study has favoured a development of 28 apartments based on the current planning and building regulations.

In the meantime, the petrol station has been leased for a six-year period from May 2010 at a contracted rent of €120,000 per annum.

Savills and DTZ say the station is likely to appeal to a diverse number of potential purchasers including developers, investors and potential owner-occupiers.

Meanwhile, Lisney is quoting €500,000 for the considerably smaller petrol filling station at 124a Northumberland Road which is to be sold on the instructions of receiver Duff and Phelps. It was acquired some years ago by developer Bernard McNamara when he owned the adjoining office block, Carrisbrook House. The high-profile site extends to .03 of an acre (0.1 of a hectare) and, apart from its usage as a petrol filling station, Darren Burke of Lisney suggests it might also be suitable as drive-through coffee or food outlet or as an add-on feature to Carrisbrook House.