CHQ in the IFSC sold to former CEO of Coca-Cola 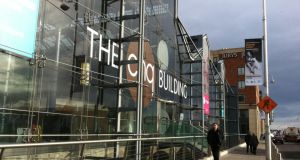 The CHQ Building in the Custom House IFSC area which has been sold for just over €10 million. Photograph: Alan Betson/THE IRISH TIMES

The landmark CHQ building on George’s Dock in the heart of Dublin’s docklands has been acquired by Neville Isdell, the former chairman and chief executive of the Coca-Cola Company, for a fraction of its original cost.

Developed by the Dublin Docklands Development Authority, the 19th century bonded warehouse was substantially refurbished and reconstructed in 2005 at a cost of approximately €45 million. However, the property went on the market last February at just €10 million, and Mr Isdell is understood to have purchased the property, which has been in use as a shopping centre, for just over the asking price.

Given its poor performance as a retail outlet, it is not yet clear what Mr Isdell’s plans for the development are.

“We will be evaluating and developing a number of ideas over the coming months and engaging with the relevant local and national public bodies to assist in our objective of establishing a new distinctive destination location for Dublin. Initially our focus will be to make some demonstrable improvements within the building as we work through the plan to re-create CHQ,’’ he said.

CHQ was originally promoted as Dublin’s most exclusive shopping centre but when it failed to attract the top luxury retailers to cater initially for thousands of workers in the financial district, the Dublin Docklands Development Authority was forced to go back to the drawing board. A number of top retail experts were engaged to charter a future course for the centre but despite extensive promotion and marketing campaigns, all efforts failed to put CHQ on a profitable and successful footing.

Around 80 per cent of the overall space in CHQ is currently vacant, and only eight of the 22 internal ground floor retail units are rented. Two others on the outside are held on short leases.