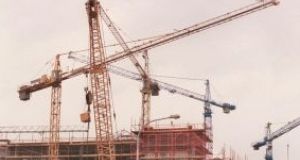 Listed-Irish housebuilder Cairn Homes has announced the first of its assets transfers under the recently acquired Project Clear loan portfolio, which it acquired from Ulster Bank last year for €378 million.

Cairn, which last year became the first Irish homebuilder to float on the stock market since McInerney Holdings in 1997, said at the time of the acquisition that it hoped to begin building early this year on three or four of the sites attached to the portfolio, with homes coming to the market by mid-2017.

In a statement issued to the market on Monday, Cairn said it expected to make prompt progress on its loan-to-own strategy with three separate development sites - which combined account for 15 per cent of the total Project Clear portfolio - having now moved into the company’s direct asset ownership just three weeks after the end of the sub-participation period. Those sites include: a one acre site in Stillorgan, Co Dublin that was formerly home to Blakes restaurant, an eight acre site at Cross Avenue, Blackrock, Co Dublin; and a six acre site at Moyglare in Maynooth.

In a separate transaction, Cairn said it had contracted to acquire an additional site adjacent to the Moyglare site from York Capital, at a cost of €27 million.

“We are delighted to announce the first site transfers under our Project Clear loan-to-own strategy, just three weeks after Cairn assumed all rights and obligations associated with this portfolio. The separate Maynooth site acquisition adds value to the adjoining Project Clear asset, creating potential for one of the largest developments in Maynooth, a key student and Dublin commuter belt community, as well as a prime location for foreign direct investment into Ireland,” said Cairn chief executive Michael Stanley.

The Project Clear portfolio was sold in December for €503 million for a group of loans involving 21 connections with a par value of about €2 billion. The loans were attached to 1,694 acres, which included 31 residential development sites.

1 Knock gets visit from world’s largest passenger plane
2 Nineteen staff made redundant by Nama share €1m
3 A maverick taking on the Irish whiskey establishment
4 Appeals board grants planning for 354 Greystones homes
5 Accumulated profit falls at Joe Duffy’s media company
6 Store manager unfairly dismissed for hugging staff members awarded €15,000
7 Will Avolon find itself on the block as China prepares to seize troubled parent HNA?
8 How can I view my dead brother’s will if I’m not the executor?
9 Dr Pepper owner in talks to take over former Lidl distribution centre
10 Why Sweden ditched its negative rate experiment
Real news has value SUBSCRIBE