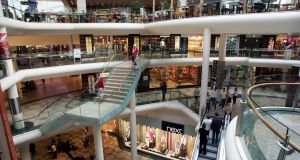 Dundrum Shopping Centre. The loans also include the old Dundrum Village centre that was earmarked for the second phase of development of the town centre. Photograph: Eric Luke

Listed UK property group Hammerson and Germany’s Allianz Real Estate have been chosen by the National Asset Management Agency as the preferred bidder for Project Jewel with a joint offer of between €1.85 billion.

Nama confirmed the deal on Tuesday morning, noting that it represents its largest single transaction to date.

Project Jewel comprises loans connected with Irish property developer Joe O’Reilly and his company Chartered Land, one of Nama’s biggest debtors. The loans are associated with the Dundrum Town Centre, and 50 per cent stakes in each of the Ilac Shopping Centre in Dublin’s city centre and the Pavilions in Swords.

It also includes the old Dundrum Village centre that was earmarked for the second phase of development of the Town Centre, and a substantial parcel of land between O’Connell Street and Moore Street in central Dublin that Mr O’Reilly assembled at a cost of €400 million in the years before the property crash in late 2008.

Hammerson and Allianz won the race for Project Jewel with an offer that trumped a joint bid from US investment group Hines and the Kuwait Investment Authority, the oldest sovereign wealth fund in the world.

Hammerson and Allianz had submitted separate bids at an earlier stage of the process before coming together with a joint offer for the final round. They are equal partners in this venture, with a 50:50 stake, and Hammerson said it plans to establish an office in Dublin. 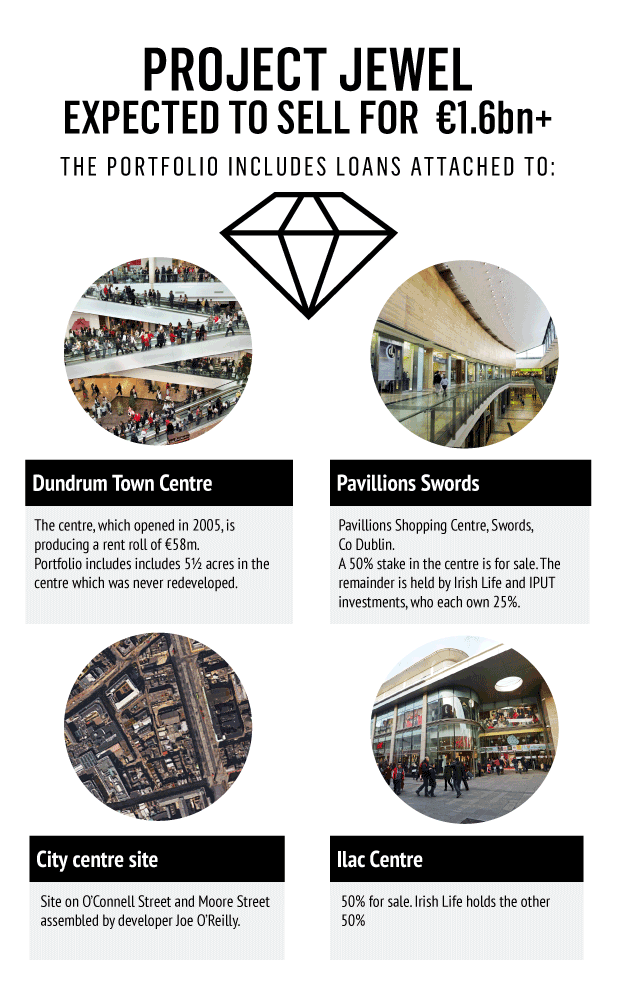 This deal now means that Hammerson and Allianz are Mr O’Reilly’s new lenders. They are expected to seek to reach a consensual agreement with the Irish property developer to manage and develop the underlying assets.

Their purchase of the loans and the strong price achieved by Nama – the par value of the loans was €2.6 billion – will be seen as a vote of confidence in the recovery of the Irish economy since the 2008 crash.

Data from the Central Statistics Office yesterday showed that retail sales rose by 9.3 per cent year-on-year in August.

It is not clear what plans Hammerson and Allianz have for the Irish assets, but both are considered to be long-term investors, which should be to the benefit of the assets connected with Mr O’Reilly’s loans. The loans were one of the prized assets still available to Nama to sell as it seeks to achieve a surplus for taxpayers on the €31.8 billion it spent acquiring loans from five Irish banks in 2010 and 2011.

Nama is due to wind down its activities by 2020 but the expectation is that it will have largely completed its work by the end of 2018.

A handful of other bids were received by Nama for Project Jewel. US group Colony Capital, in partnership with Irish developer Paddy McKillen, tabled an offer at the final stage of bidding last Thursday before withdrawing it the following day.

The transaction is expected to complete before the end of October 2015.