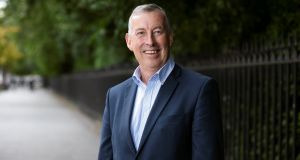 Having established a strong reputation over many years in the retail and office agency markets, and in the areas of rating consultancy, rent reviews and valuations, agent Bagnall Doyle MacMahon is extending its offering to include the licensed and hospitality sector.

And in what will be seen as a clear statement of its intent to gain a significant foothold in the market, the Dublin-based firm has appointed veteran pub and hotel specialist John Ryan to lead its newly-created licensed and hospitality department.

A former director of CBRE’s hotel and licensed division, Ryan’s new role with Bagnall Doyle MacMahon will see him focus on the sale, letting, acquisition, research and funding of both pubs and hotels throughout the country.

Widely regarded in both the commercial property and hospitality sectors, Ryan has been involved in the sale of numerous of the most significant pub and hotel sales over the course of his career.

Commenting on the appointment, Declan Bagnall of Bagnall Doyle MacMahon said: “It has been a very tough time for the hospitality and tourist sector over the last six months. The creation of a dedicated department was already a natural fit for the company but now gives our clients the added support of agency and valuation services coupled with specialist advice where required in these challenging times.

“We are delighted to welcome John to the team as he has an exceptional track record and brings with him not only a wealth of knowledge and experience but also an excellent reputation as one of the market’s leading specialists, a reputation that is second to none.”

Ryan said: “I am delighted to be joining Bagnall Doyle MacMahon who are a progressive, well-established niche property company with ambitious growth plans. I believe the addition of a specialist licensed and hospitality department will enhance the already excellent reputation the company has within the wider property market in Dublin.”