Regulatory board to examine complaint from Business Expansion Scheme investor 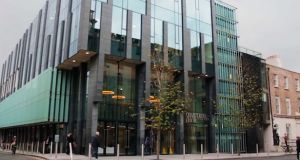 Chartered Accountants’ Regulatory Board (CARB): its conduct committee has referred the matter involving Whelan Dowling & Associates for hearing before a disciplinary tribunal

The auditor of a company linked to the backer of a jobs initiative that is under threat following a failed property deal is facing a disciplinary hearing in January.

Mr Conway also controls Opensparkz, the company at the centre of a row over a failed deal to buy a vacant factory in Castlebar, Co Mayo, that has left plans to create more than 200 jobs there in doubt.

The CARB confirmed in a letter to Mr Hearns that its conduct committee determined that there was a case to answer and referred the matter for hearing before a disciplinary tribunal. The board has scheduled the hearing for January.

The complaint is not directly related to the Mayo deal. It queries transactions between Pronanotect and two related firms, US-based Avant Capital Partners, the parent of both Pronanotect and Opensparkz, and Portuguese-registered Avant Investments. Mr Conway is a director of both firms.

In 2010, Pronanotect transferred €718,000 to the two firms to pay for a technology licence. It then classed Avant Capital and Avant Investments as debtors in its accounts.

“It is a technical matter, it’s at the lower end of the scale,” he said. “There has been no hearing and no finding against me and I am still an accountant in good standing. I have engaged a solicitor to represent me and I have engaged with CARB.”

Mr Dowling added that this was the second complaint from the same investor. He noted that the first only found his firm responsible for a minor breach of one financial reporting standard.

The second complaint is based on new information provided by Mr Hearns. It alleges that the auditor failed to recognise that funds raised under the BES were used for purposes that contravened the scheme’s rules and were channelled offshore to discharge costs associated with companies controlled by Mr Conway.

Pronanotect and a related company, Spearpoint, raised €1.6 million from BES backers in 2009 and 2010 to pay for the development of a system to convert waste plastic to fuel.

In 2015, Mr Conway announced that Opensparkz was buying the old Volex factory in Castlebar from Mayo County Council and would create 200 jobs in a “sustainable industry” hub there.

News that the deal is not going ahead sparked controversy in the region. The council says that it is in talks on an alternative project.