Alan Hynes: part of appeal against barring to be public 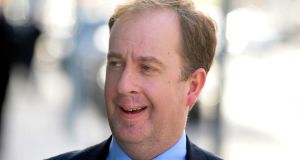 Part of the first round of accountant Alan Hynes’ appeal against a ruling barring him from the profession will be heard in public after a number of parties objected to the original proposal that it take place behind closed doors.

Mr Hynes is challenging the ruling and is due before the board’s appeal tribunal next Tuesday for a case management hearing that was due to be heard in private until some of those who made the original complaints against him objected.

The tribunal is now proposing a compromise under which Hynes and his representatives will meet the regulatory board’s side in private to resolve any oustanding matters regarding the running of the appeal, but inform the tribunal’s chairman of their decision in public.

Both sides will appear before the appeal chairman in public on Tuesday and will then hold the case management hearing in private. Once they have completed this, they will return and outline what they have decided in public to the chairman.

In a letter to aggrieved investors, disciplinary panel registrar Margaret Penny said the hearing would not receive evidence or submissions, but had been called to facilitate the efficient hearing of the actual appeal.

1 Varadkar resigns amid warning impasse will hit the economy
2 Billionaire Zara founder and German funds vie for prime Dublin offices
3 Google completes purchase of Treasury Building for €120m
4 Nineteen staff made redundant by Nama share €1m
5 Garda mobile contract win causes concern over Eir’s use of Huawei kit
6 How do you know if you are wealthy? It’s not straightforward
7 A maverick taking on the Irish whiskey establishment
8 Appeals board grants planning for 354 Greystones homes
9 The gadgets that can make travelling a bit more enjoyable
10 AIB lines up former HSBC executive McDonagh as chairman
Real news has value SUBSCRIBE