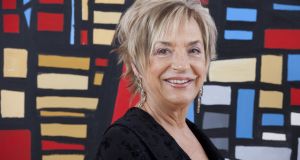 Rosalia Mera, who co-founded the Zara clothing shops, has died aged 69, the Spanish company that owns the fashion chain said.

Inditex SA did not give details about how Ms Mera, who was Spain’s richest woman, died.

But Spanish media widely reported that she suffered a stroke while on holiday on the Mediterranean island of Menorca and died last night in a hospital she was taken to in north-western Spain.

Mr Mera was a seamstress who helped build Inditex from the clothing store she started with her then-husband, Armancio Ortega.

He is listed by Forbes as the planet’s third richest person. Ms Mera held 5.1 per cent of Inditex, and her fortune was estimated by Forbes at $6.1 billion.

The magazine said she was the world’s 195th richest person.

1 Suspicions rife as key Brexit trade talks begin in Brussels
2 Housing crisis: Bogus notion that supply will cure our woes
3 Bank leaked my loan request to family who tried to rip me off
4 Irish companies restrict travel over coronavirus fears
5 The Cork butcher’s daughter directing A-list celebrities in Miami
6 How well paid do you think you are? Here’s how to work it out
7 Life as a Facebook moderator: ‘People are awful. This is what my job has taught me’
8 Airline stocks bear the brunt of Covid-19 volatility
9 Claims of intra-family espionage emerge in billionaire Barclay family feud
10 Corona beer firm reeling after 8% slide due to coronavirus
Real news has value SUBSCRIBE