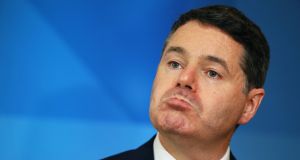 The Government has granted small- and medium-sized enterprises (SMEs) with overseas businesses extra breathing space to deal with the fallout from Brexit before they are subject to international tax rules on pricing of intra-group transactions.

The Finance Bill 2019, published on Thursday, seeks to update existing so-called transfer pricing rules that govern deals between companies within the same group, which determine where taxable income is generated. The aim is to ensure that one part of a company would charge the other as if they were not related – or at arm’s length.

While the Bill, incorporating OECD guidelines from 2017 on transfer pricing, was expected to bring SMEs into the sphere of complex transfer pricing rules, this has been deferred to an unspecified date in the future, subject to an order by Minister for Finance Paschal Donohoe.

A number of interested parties that took part in a Department of Finance consultation on the matter earlier this year had lobbied against the extension of transfer pricing rules to SMEs, mainly because of the cost and administrative burden of compliance with transfer pricing documentation requirements.

“Some stakeholders also raised the issue of the timing of any such extension of the rules to SMEs, particularly in the context of the uncertainty for Irish SMEs caused by a potential exit of the UK from the European Union, ” the department said in a report published in August.

The subject of transfer pricing has come to prominence in the Republic in recent times, as it is central to the European Commission’s ruling three years ago that Apple owed the State €13 billion in illegal tax aid.

The commission, whose case is under appeal by both Apple and Ireland before the EU General Court, argued that Revenue did not apply a proper arm’s-length principle in tax “rulings” in 1991 and 2007 when it came to working out which Apple profits could be taxed in the Republic. The Government has argued it only introduced this principle after the OECD came out with its 2010 guidelines on the subject.

Meanwhile, the Minister has used the Finance Bill to close off a loophole found in last year’s Finance Act, which imposed a 12.5 per cent tax on unrealised gains where companies move their tax residency or transfer assets offshore.

Revenue had spotted that because of the way the legislation had been worded, it could have been argued that the exit tax charge arising on moving a company’s residence could not be imposed by Ireland as the company is no longer resident in the State when the exit tax event occurs, according to sources.

Separately, the Bill provides that Gibraltar-regulated insurers will continue to be liable for a 3 per cent levy on general policies written in the Republic in the event of the UK leaving the EU. The levy is for the Motor Insurers’ Insolvency Compensation fund, which was set up last year following the collapse of Malta-based Setanta Insurance and Gibraltar-based Enterprise Insurance.

The continuation of a levy on post-Brexit insurance written by UK insurers in Ireland was contained in the Brexit Omnibus Act, which was signed into law in March.