Bad design choices by carmakers can end up as fatal flaws 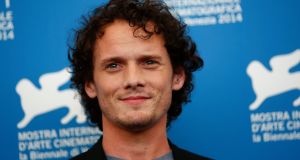 The death of young Hollywood actor Anton Yelchin in June seemed like a freak, random accident – after the Star Trek actor got out of his Jeep Cherokee outside his house, probably to close his gate, the vehicle rolled back down the driveway and pinned him against a mail post outside his gates, crushing him.

What was the design flaw? An “innovative” electronic shift stick that was introduced in 2011, and which was linked to 212 crashes and 41 injuries at the time of the recall notice.

The co-called Monostable stick resembles a joystick, and is moved back and forth to shift between park, reverse, neutral or drive positions. So far, so normal. But, as a Jeep instruction video explaining the design spells out, the so-called Monostable stick is “a little different, it does not shift forward or rearward like a conventional shifter. Instead, the shift lever is spring-loaded, and moves forward or rearward, always returning to the central position after the desired gear is selected.”

It’s not clear what advantage this design is supposed to offer, but the disadvantage is quite obvious – because it doesn’t stay in a designated position, instead always returning to the middle, drivers can’t tell by glance or touch what state it is in, instead needing to look at lights on the dashboard.

The US National Highway Traffic Safety Administration gave a damning assessment of the design, saying “the Monostable shifter is not intuitive and provides poor tactile and visual feedback to the driver, increasing the potential for unintended gear selection”.

Usually, bad design in the software we work on or the devices we use is an irritation, and often an irritation we barely register as resulting from bad design. Think of the number of times we struggle with complex TV remote controls, especially when they are supposed to toggle control of multiple gadgets.

Ascertaining whether it is controlling your TV or your set-top box can be an infuriating guessing game, but nobody has ever been injured by such poor design.

This problem is what’s known in the field of usability and interface design as “mode confusion” – and with increasing automation, this issue is only going to become more vital.

Aircraft manufacturers have long been at the forefront of studying how humans interact with automated computer systems, as big commercial jets become ever more advanced.

The advantages of sophisticated computer systems aiding pilots are evident in ever-increasing airline safety, but there were echoes of the Jeep Cherokee stick shift problem in the crash of Air France Flight 447 in which an Airbus A330 crashed in the Atlantic on its way from Rio de Janeiro to Paris in 2009.

Ultimately, the crash was found to be due to pilot error, but a fascinating 2012 Telegraph report on the crash highlighted how the design of the Airbus control “side stick” may have contributed to the poor decisions of one of the pilots and the delay in the co-pilots correctly responding to the problem.

The “fly-by-wire” stick design is electronic rather than mechanical, and the second pilot’s stick stays in neutral, without any feedback as to the main pilot’s actions.

It’s a popular design among pilots, in that they don’t have to be so engaged with the mechanics of the controls as they do in a Boeing, but the Telegraph report suggested that the lack of feedback it offered the other, more experienced pilots on AF447 was a key reason for delay in responding to the aircraft’s perilous lack of momentum.

That touches on another risk of increasing automation in the cockpit that the aviation industry is all too aware of – disengaged pilots who struggle to stay alert now that so many of their previous tasks have been automated away.

If this is an issue for airlines, with highly trained pilots, consider the risk for the automobile industry, as self-driving cars come closer to reality. The case in the US of Joshua Brown, who died in May when behind the wheel of a Tesla in cruise control mode, has become the most high-profile instance of this affecting drivers. Brown was reportedly watching a Harry Potter movie rather than the road when a tractor trailer pulled out in front of him, and the car’s sensors failed to detect the white trailer against the cloudy sky. That Tesla chose to call its cruise control mode Autopilot, which gives a rather exaggerated sense of the mode’s powers, only serves to highlight the risks involved in fast-increasing automation.

That said, aircraft safety is increasing with greater automation, and self-driving cars will perhaps show similar leaps in passenger safety in time, but it is a massive design challenge to ensure the new interfaces are both intuitive and, consequently, safe.

Above all, the transition to autonomous cars will involve a constantly renegotiated trust between people and the auto industry, a trust contingent on thoughtful design that offers sensible feedback. Bad design choices, such as the Monostable, wreak much more damage than the accidents they cause – they actually undermine that vital trust in carmakers’ design choices.

Trusting that our remote control will mute the TV is one thing; trusting that our car will get us from A to B safely is another. The importance of that trust will only become more and more central to how we negotiate the roads, and indeed the world.