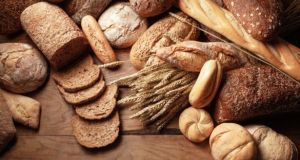 Swiss-Irish baking group has postponed its AGM to consider its options. Photograph: iStock

Rebel shareholders in Swiss-Irish baking group Aryzta have called for a “swift conclusion” to discussions on a potential takeover by a unit of US hedge fund Elliott Management, asking for clarity by the end of the week.

The shareholder group, led by Swiss investor Veraison, said it was in the best interests of stakeholders to come to a decision on the takeover talks, which were first announced on September 10th.

“Veraison expects both Aryzta and Elliott Advisors to comply with the ’Put Up or Shut Up’ rule and to provide clarity by the end of this week regarding the potential takeover offer,” the group said in a statement. “This is in the best interest of all stakeholders as it allows the company and the new leadership to implement any required measures without delay.”

The request came as Aryzta announced it would postpone its 2020 annual general meeting to allow the board to evaluate its strategic and financial options.

Aryzta, which owns the Cuisine de France brand in Ireland, held an extraordinary general meeting in Zurich on September 16th, with the rebel shareholders securing backing from voters for the election of Urs Jordi and two other of their candidates to join the board. The company’s three former Irish directors, including former chairman Gary McGann, as well as one Swiss board member signalled they were stepping down before the meeting.

Mr Jordi, who said on his appointment as chairman that now is “the worst time” for a sale, has set up a board committee to consider options, including a full sale and additional asset disposals to slim down a company that grew rapidly through deals in the decade after it was formed by a merger in 2008.

1 ‘I don’t need to do any of this. . .I don’t actually need to work.’
2 Basic income for all: Has the Covid crisis given us a new economic model?
3 Only way is up for Stripe as valuation skyrockets
4 Promontoria barred from pursuing doctor over Ulster Bank loan
5 Direct sea routes to Europe offer certainty in choppy Brexit waters
6 Online shoppers face unwelcome tax surprise
7 Pandemic brings a halt to Zara-owner’s Irish expansion
8 Fiona Reddan: Who’s afraid of Revolut? Not AIB and BOI it seems
9 Kinzen raises $2.2m as it helps clients fight ‘misinformation’
10 John FitzGerald: What kind of banking system do we want?
Real news has value SUBSCRIBE