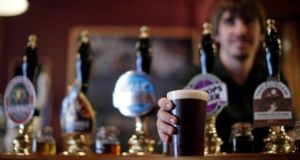 JD Wetherspoon, which operates more than 900 outlets in Britain and Northern Ireland, opened its first pub in the Republic, the Three Tun Tavern, in Blackrock earlier this year

British pub chain JD Wetherspoon has acquired Ireland’s largest homeless hostel and is to open a 100-room hotel and pub on the site.

The company, which plans to open 30 outlets across the State, said it will invest more thatn €4 million developing the pub and hotel at Camden Hall on Camden Street in Dublin and create up to 75 new jobs.

As well as the hostel, the dilapidated building also houses a boxing gym and a garage. JD Wetherspoon said all three will remain in the building until development work starts on the project.

We are pleased to have acquired this excellent building in the heart of Dublin,” said chairman Tim Martin. “Our aim is to build a pub and hotel on the site and we believe both will be assets to the city.”

The Peter McVerry Turst announced plans to close the hostel in May 2013, less than a year after it took it over.

A former backpackers hostel, Camden Hall was brought into commission as emergency homeless accommodation by Dublin City Council in mid-2011 in response to a sudden rise in the numbers sleeping rough in the city.

The trust took over the running of the facility in October 2012 at the request of the council, following complaints from a number of charities and agencies in the homeless sector and those using the service.

JD Wetherspoon, which operates more than 900 outlets in Britain and Northern Ireland, opened its first pub in the Republic, the Three Tun Tavern, in Blackrock earlier this year.

It recently controversially dropped the Republic’s biggest-selling draught beer Heineken, and Murphy’s stout following a row over the supply of beer to its new Dún Laoghaire pub, the revamped Forty Foot.

The company said the Dutch brewer refused to supply the products and demanded personal guarantees from chief executive John Hutson in order to supply other items to its newest Irish outlet.

The chain is also operating its Irish bars without any Diageo-distributed products, such as draught Guinness, Budweiser, Carlsberg or Smithwicks, after a dispute.