Irish whiskey sales near milestone of 12m cases a year 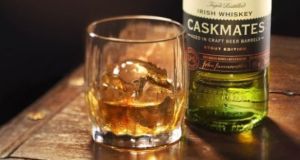 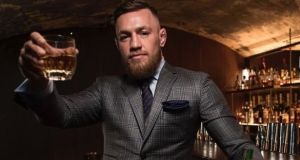 While sales of Conor McGregor’s whiskey are significantly behind that of the top three players, they surpassed shipments of other brands

While Jameson still leads the pack, Conor McGregor’s Proper No Twelve leapfrogged most of the competition to become the fourth most popular brand in the world.

While sales of McGregor’s whiskey are significantly behind that of the top three players, they surpassed shipments of brands such as Paddy, Kilbeggan, Powers, Teeling, Redbreast and The Dubliner last year as the number of markets the spirit was available in increased.

The nest highest whiskey brands in terms of global sales last year were Paddy and Kilbeggan with sales of 185,200 and 133,100 cases respectively.

Overall, sales were up 10.6 per cent in 2019 versus 2018, but IWSR Drinks Market Analysis, which compiled the figures, said volumes are expected to fall sharply this year due to the effects of Covid-19.

However, Humphrey Serjeantson, a research director at IWSR, said the hit would likely be short-lived, with the sector expected to be back at 2019 levels by the end of 2022.

William Lavelle, head of the Irish Whiskey Association, said the sector actually surpassed the 12-million milestone prior to the pandemic and nearly a year earlier than projected.

“With growth in 2020 impacted by Covid-19 sales restrictions – particularly in travel retail and across the global on-trade scene – 2019 will likely represent a new benchmark year for Irish whiskey sales, with our industry now focussing on getting back to 12 million case sales as soon as possible,” he said.

The US remains by far the biggest market for whiskey sales, but Mr Lavelle noted that other regions were showing significant growth.

“Last year the central/eastern Europe region developed significant growth of 18 per cent, which accounted for nearly a third of all global growth and confirming the region as a real counterweight to the US.”

Proper No. Twelve recorded a 24 per cent jump in sales, but only ranked as the 19th most popular whiskey here.

Conor McQuaid, chief executive and chairman of Irish Distillers, whose brands include Jameson and Powers as well as premium products such as Redbreast, said the 2019 figures showed the sector was continuing to diversify and to close the gap between sales of Scotch and Irish whiskey.

He said that while it was a difficult time for the industry presently, he had no doubt it would bounce back.

“After decades of decline we’ve just experienced a remarkable decade of recovery and export-led growth. We believe that will continue, but a priority for the Irish whiskey industry over the coming months will be to consolidate and reboot sales in key existing markets for Irish whiskey, including in our all-important home market.”