With 73 outlets in Ireland, the chain has been rebuked for opening shops without planning 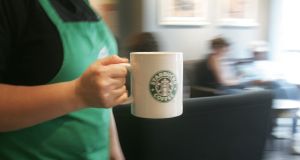 Ireland is now home to more Starbucks, per head of population, than anywhere else in Europe, and its sprawl is raising the ire of independent coffee owners. As the US coffee giant readies its latest Dublin outlet on Crampton Quay, we look at how it has managed to build up a network of 73 coffee shops across the country.

It started slowly - but has since ramped up

Starbucks first came to Ireland back in 2005, when the chain opened its first outlet in the new Dundrum Town Centre in August of that year. Expansion was slow however, as in the early days the coffee giant’s roll-out in Ireland was beset by planning problems, intense competition for suitable locations and spiralling rents. Starbucks famously opened an outlet in Dalkey, south Dublin, for example, in 2008, which it had to close just 13 months later after locals opposed it.

In 2012 however, brothers Ciaran and Colum Butler, who had previously operated 10 Starbucks stores under licence, with the US multinational directly operating the rest, acquired the licence for all of the 27 Irish Starbucks outlets through their Entertainment Enterprises Group. The brothers’ other interests include Mao restaurants and Leisureplex.

Since they took over, Starbucks has grown rapidly, with 73 outlets of the chain now open around Ireland - and more likely to come. The company did not respond to a request from The Irish Times to discuss its retail strategy in Ireland. Globally, the chain has plans to open about 12,000 new locations by 2021.

Ireland now has the highest concentration of Starbucks outlets in Europe

While independent shops may decry the rapid proliferation of the US coffee giant in the towns and cities of Ireland, there is no doubting that Irish people have a fondness for the brand. Indeed when we matched the number of Starbucks outlets around the world with population figures, we found that Ireland, per head of population, has a higher concentration of Starbucks than anywhere in Europe - higher even than the UK - as well as China, Brazil, or Australia, with only the US and Canada having more outlets per person.

They open shops without planning permission

Starbucks has had its knuckles rapped several times over the past year or two over its habit of opening an outlet without the requisite planning permission in place.

Last year it was disclosed that the chain lodged a planning application for an outlet in Cork city which opened its doors some 18 months earlier. An Bord Pleanála ruled that the cafe, along with two others in the city, represented a change of use of the units from retail, and thus planning permission was required.

In January of this year, enforcement proceedings were issued against the company behind the chain when it opened a shop in Limerick without “proper planning permission”, while the company has also run into difficulties with the planning authorities in north Dublin and Waterford.

“Their strategy is open it and ask for forgiveness later,” he says, noting that the chain has successfully sought retention subsequently.

Sometimes, however, industry sources suggest this issue of planning may be a bit of a grey area as to whether existing planning wouldn’t have been adequate for an outlet of Starbucks. Other times, the operators of the brand in Ireland appear to be in contravention of planning rules, where a clear change in use has taken place.

But that is not always the case. Planning permission for change of use has already been granted for the chain’s new outlet on Crampton Quay, for example.

Starbucks can compete on speed to market

This tendency to look for “forgiveness rather than permission” when it comes to dealing with planning authorities can give the operators a competitive advantage when it comes to winning certain locations. It means they can secure the properties without having to wait to secure planning, and are therefore bearing the planning risk.

Regarded as effective negotiators, industry sources don’t see Starbucks as having deep pockets and offering more in rent than other operators - rather it is their ability to move fast that distinguishes them.

They open stores in a cluster

Known as “infill”, Starbucks tends to fill in new branches of the coffee chain in locations where they already exist.

Indeed the chain likes to position stores on opposite sides of a street to capture traffic going in either direction, as evidenced by the presence of two outlets on either side of Dublin’s Westmoreland Street. In Rathmines, south Dublin, there are two outlets within about 200 metres of each other.

The chain’s ability to adopt this approach in Ireland is also possibly due to its structure here. With the Butler brothers holding the licence, it is understood, for the chain’s 73 Irish operations, it can open a new store adjacent to an existing one without fearing a cannibalisation of the first property’s business. Other franchises, which have multiple operators, may restrict the geographical spread of their outlets for fear that some franchisees would report a drop in business due to the proximity of the same brands.

They are open to innovation

Last year the company behind the chain in Ireland put in a planning application for a drive-thru outlet at Carton Retail Park in Maynooth, Co Kildare. If it goes ahead, it could be the chain’s first drive-thru in the Republic of Ireland, after it opened a similar drive-thru in Belfast in January of this year.

Starbucks is looking at drive-thru as a new growth opportunity globally, with a plan to build a drive-thru window into 60 per cent of the group’s new openings in the US over the next five years.

It’s unclear what the company’s plans for the Kiosk in Ballsbridge might be. The brothers acquired the unit, which has previously traded as an outlet of O’Brien’s coffee, for € 330,000 earlier this year.

Their finances are as cloudy as a frappuccino

As is common in the retail industry, the operators of the franchise in Ireland are understood to establish a separate corporate entity per location. Each unit is expected to stand - or fall - on its own merit, but it does mean that for someone looking in, it can be more difficult to get a sense of how profitable the chain is in Ireland.

One of the relevant Starbucks companies for example is Faynon Limited, which operates the Howth outlet. According to its accounts - which are abridged and therefore don’t disclose much information - its parent is Astrofel Properties, an unlimited company, while its ultimate parent is Pawpaw, an Isle of Man company.

Figures for 2011, the last year of public accounts, show that Starbucks had turnover of €15.4 million in Ireland and profits of €0.5 million for 23 outlets (six of which were licensed), with licence and royalty fees of about €989,696.

1 In six months we will be in the grip of a 1980s-style recession
2 Angela Merkel sweeps in to save the euro zone
3 Property price drop of up to 12% this year a ‘reasonable’ assumption – McDonagh
4 Mortgage approvals tumbled in first full month of lockdown – BPFI
5 Cork-based AI supply chain company Keelvar raises $18m
6 Ryanair to process all Covid-19 refunds within 10 weeks, Michael O’Leary says
7 Facebook looks increasingly immoral and thoughtless
8 Chartered Land moves closer to approval for Dublin’s tallest tower
9 Ibec warns ‘conservative’ lifting of lockdown will make downturn worse
10 Cycling made easier with an Irish-made electric bike
Real news has value SUBSCRIBE