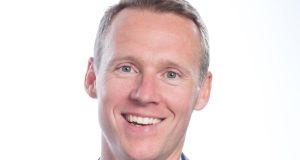 Jack Teeling, founder and chief executive of Teeling Whiskey: “From the launch of our first product we were exporting and are currently selling into 50 markets.”

Jack might have started off working in the financial sector but when an opportunity to join his father John Teeling’s Cooley Distillery business came calling he was happy to join the family business. He worked his way up to managing director before the company was sold to Beam in a $95 million (€84.5 million) deal in 2012. Jack then teamed up with his brother Stephen to establish Teeling Whiskey.

The company has quickly become a leading independent Irish whiskey brand, thanks to a selection of unique handcrafted small batch Irish whiskeys.

Teeling Whiskey is now exported to more than 50 different export markets and has won over 100 international awards. Meanwhile, the Teeling Whiskey Distillery, which opened in 2015, has welcomed over 185,000 visitors.

Irish whiskey is dominated by multinational players and for us to try to compete directly against the large brands of Irish whiskey would be setting ourselves up to fail. As such, we focus on creating clearly differentiated expressions of Irish whiskey which do not have any direct comparison in terms of taste or flavour thus hopefully helping the category expand rather than taking sales from other producers. We consider our competitive set to be wider than traditional Irish whiskey as we compete against other premium craft spirits; this brings challenges, but also opens up an even greater opportunity.

Opening the first new distillery in Dublin for over 125 years and reviving an industry long associated with my family and my home town.

The hardest part of building a distillery is paying the bills as they fall due. It is a capital-intensive process which involved a significant new build aspect that happened in parallel to purchasing all the distilling process equipment, resulting in significant cash flow challenges to get over. This led to a very tough nine months of balancing the books but we got through it.

As a small company we have to be reactive to opportunities and a key turning point for us was when an opportunity emerged to buy a large inventory of mature whiskey in 2012. This allowed us to scale our sales and marketing prior to having whiskey from our new distillery available to sell. While it stretched our balance sheets it allowed us to monetise the inventory to fund the build out of our new distillery without having to dilute our ownership of the business.

From the launch of our first product we were exporting and are currently selling into 50 markets. Our domestic market is critically important as well though because if you are not relevant in your own backyard it is very hard to get export markets excited by your offering.

Building our distillery was not the final destination. We are still only at the start of a long journey. Our industry is definitely not a sprint but more like a marathon so we will continue to do what we believe to be the right things and hopefully help with the evolution of Irish whiskey.

Luckily our industry was not greatly affected by the economic downturn as Irish whiskey is seen as an “affordable luxury” but also is being consumed by a demographic who were spared the worst of the downturn.

The biggest influence on my career has to have been my father, John Teeling. He gave me my first break in the industry, exposed me to a very entrepreneurial way of doing business while at the same time fostering my passion for Irish whiskey during my Cooley days.