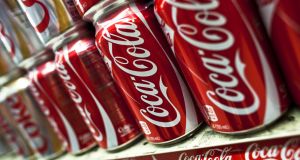 Coca-Cola has suffered its steepest quarterly sales drop in at least 25 years, in stark contrast to a resilient performance from its rival PepsiCo and raising questions about the drinks company’s defensive qualities.

The US multinational said it would axe “zombie” brands as part of efforts to protect its bottom line after the closure of bars, restaurants and other venues pushed second-quarter sales down 28 per cent year on year to $7.2 billion.

The sharp turnaround in Coca-Cola’s fortunes contrasts with its results during the global financial crisis and its aftermath, when the company demonstrated it could outperform in recessions.

James Quincey, chief executive since 2017, who also became the company’s chairman in 2019, indicated that he expected demand to pick up in the months ahead, despite a resurgence of coronavirus cases in the US and other countries. Volumes globally had recovered from a 25 per cent slump in April to a 10 per cent decline in June, the company said.

There were “promising signs the most challenging period is indeed behind us in much of the world”, Mr Quincey said, adding that “there’s still a lot of work to do”.

He said Coca-Cola, which recently announced it would discontinue its Odwalla juices business, planned to further trim its product line-up. Of its 400 “master brands”, more than half were confined to a single country and were growing more slowly than the group average.

Mr Quincey also said the Atlanta-based company would seek to become more efficient in innovation. Too many new products had struggled to grow, he said.

The recovery plans helped send shares in Coca-Cola up 3.3 per cent in early New York trading. They are down 13 per cent this year, whereas PepsiCo’s are unchanged.

Despite demand for its products in the home, Coca-Cola has been hurt by the closure of out-of-home venues through which it normally generates about half its annual revenues. These include cinemas and stadiums.

While Coca-Cola has expanded beyond its eponymous drink and other brands, such as Fanta and Sprite, and into energy drinks and other beverages, it has avoided food.

Mr Quincey struck a £3.9 billion deal to acquire Britain’s Costa Coffee chain in 2018, but its cafes were closed for much of the second quarter.

Coca-Cola’s weak performance follows stronger numbers from rival PepsiCo, which has been supported by its snacks business. PepsiCo’s organic sales were flat in the quarter year on year.

Organic revenues fell sharply at each of Coca-Cola’s six main divisions in the three months to June 26th, pushing net profit down a third from the same period last year to $1.76 billion.

Earnings per share declined 32 per cent to 41 US cents a share and the company declined to give financial guidance for the year.

The percentage decline in quarterly net revenues was the biggest since at least 1995, according to a Financial Times analysis of S&P Capital IQ data. – Copyright The Financial Times Limited 2020