Firm would not give any reasons for departure 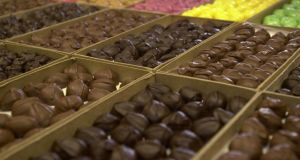 Chocolate maker Thorntons said it would begin a search for Mr Hart’s successor as CEO.

British chocolate maker Thorntons said its chief executive Jonathan Hart would step down by the end of June.

Chief operating officer Barry Bloomer will take on the role of interim CEO, it said.

Thorntons said it would begin a search for Mr Hart’s successor. The company did not cite any reason for the departure of Mr Hart, who has been at the helm for the last four years.