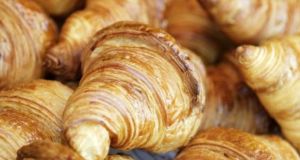 Aryzta owns the Cuisine de France label in Ireland and supplies the likes of McDonald’s, Subway and Lidl. Photograph: iStock

Aryzta shareholder Lodbrok Capital has signalled “its increased confidence” in new plans to rescue the ailing food business, while a prominent German brokerage has raised its outlook for the company’s share price.

Lodbrok has increased its holding in the business to more than 4 per cent after buying an additional 11 million shares this week. It had previously owned a 3.04 per cent stake in the frozen goods group, and that has now risen to 4.1 per cent.

It announced the stakebuilding in response to Aryzta’s recent trading update and comments by chairman and interim chief executive Urs Jordi indicating that the company was planning to raise up to €800 million in a series of asset disposals. This is most likely to include the sale of Aryzta’s troubled US business.

“This move is a sign of intent and belief that Aryzta has significant long-term potential with a refocused and well-invested asset base,” Lodbrok said.

“ It underlines the confidence that Lodbrok has in the current leadership’s ability to realise this full value potential through its strategy to dispose, deliver and refocus, and points to the long-term interest that Lodbrok has in Aryzta,” it said.

At the same time German broker Baadar raised its target price for Aryzta to one Swiss franc on the basis of better visibility on the plans for the business. The shares are currently trading at 0.73 Swiss francs in Zurich and just under 65 cent in Dublin.

The embattled bakery group, which owns the Cuisine de France label here, has had a tumultuous few months, culminating in a boardroom coup in September and the resignation of its chief executive Kevin Toland last month.

The company, which supplies the likes of McDonald’s, Subway and Lidl, is also the subject of a non-binding takeover bid from US hedge fund Elliott, which values the group at €735 million.

Aryzta has been struggling to halt a decline in earnings, particularly in the US, and negative investor sentiment towards its complex capital structure, both of which decimated shareholder value.

Mr Toland had overseen almost €400 million of asset sales, reducing net debt, and pursuing a cost-cutting programme designed to deliver €200 million of savings in the three years to July 2021 after taking over as CEO in 2017.

“Aryzta is now on a clear path to restore relationships with stakeholders, suppliers, staff and customers. It is important that these plans receive management’s full attention, and that they can move forward decisively to enable Aryzta to recover and reach its full potential,” Lodbrok said.