Advisory firm says main shareholder in Glanbia has too much sway 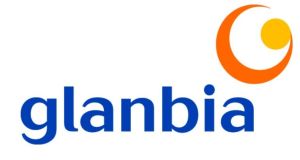 The Glanbia Co-operative Society, which owns 36.5% of Glanbia, has 10 nominees on the publicly-quoted company’s board. The figure is set to drop to eight by the end of next year

The main shareholder in listed agribusiness group Glanbia holds too much sway over the company’s board, according to an influential advisory firm, which has urged investors to reject the re-election of three directors at the company’s upcoming annual general meeting.

Institutional Shareholder Services (ISS), which advises major investment firms on corporate governance issues, has recommended that shareholders vote against the re-election of Glanbia’s chairman Henry Corbally and fellow co-op representatives on the board Martin Keane and Patrick Murphy at the group’s agm in Kilkenny on Wednesday. All three are members of the major shareholder – the Glanbia Co-operative Society.

ISS noted that the three serve as non-independent members of the group’s audit and remuneration committees, which is contrary to best practice guidelines for corporate governance.

“There were significant changes to the composition of the board in 2016, with the number of directors reducing from 22 at the close of the 2016 agm to 18 directors at the 2017 agm, following the departure of four Glanbia Co-operative Society nominees,” said ISS in a report. However, the co-op “continues to be over-represented on the Glanbia plc board in comparison to the size of their shareholding”.

The co-op, which owns 36.5 per cent of Glanbia, has 10 nominees on the publicly-quoted company’s board. The figure is set to drop to eight by the end of next year.

The main shareholder plans to reduce its stake by five percentage points this year as it both sells and distributes a total of €255 million of stock in the group. This was outlined in February when the co-op unveiled a plan to acquire a controlling stake in Glanbia’s Irish dairy division, subject to final agreement and shareholder approval on both sides.

Under the terms of the blueprint Glanbia will hive off its Dairy Ireland consumer foods and agribusiness units into a separate company called Glanbia Ireland, in which the co-op will buy a 60 per cent stake for €112 million. The new company will also contain the dairy ingredients business that Glanbia spun off five years ago in a similarly structured joint venture with the co-op.

It is also proposed, if the transaction goes through, that the co-op’s representation on the Dublin-listed company’s board will fall to six directors in 2022.

A spokesman for Glanbia said the company “respectively disagrees” with ISS’s recommendation that shareholders vote against the election of three co-op nominees at the agm next week.