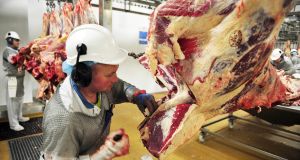 Meat processor ABP has announced the appointment of Kevin Cahill as managing director of its Irish and Polish operations.

Mr Cahill rejoins the group from OSI where he was managing director Europe for the past five years. Prior to joining OSI he spent 20 years with the Kepak Group. He will take up the role in March.

ABP chief executive Frank Stephenson said: “Kevin brings a wealth of experience and knowledge to this important role at this time.”

ABP is the largest beef processor in the UK and Ireland. The company also operates substantial renewable (Olleco), pet food (C&D) and protein divisions. It employs more than 11,000 people and has 47 manufacturing plants in Ireland, Britain, Denmark, Poland, Austria, Holland, France and Spain.