Irish farmers get lower milk prices but have higher margins 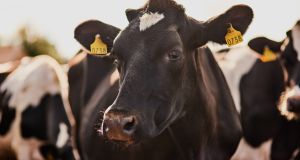 Study finds 8.7 billion litres of milk were processed in the State in 2019 with more than 91.8 per cent of produced domestically. Photograph: iStock

Irish dairy farmers receive the lowest price for their milk among Europe’s major milk producers but still enjoy the highest margins because of the low production costs associated with grass-based milk production, a new study has found.

According to the newly published study, An Analysis of the Irish Dairy Sector Post-Quota, Irish farmers received the lowest price for milk compared to farmers in the Netherlands, Germany, France and Denmark during the period 2014 to 2019.

But the study by Teagasc researcher Dr Laurence Shalloo and Cork Institute of Technology Maths lecturer Dr Declan O’Connor found that Irish farmers enjoyed the greatest margins on their milk because of their ability to produce milk from grass-fed cows, leading to lower production costs.

Dr O’Connor said Irish milk production increased by almost 41.4 per cent between 2014 and 2019 following the abolition of quotas and the study found the Irish milk price was the lowest of the EU countries considered while the Dutch received the highest price per litre.

“An average difference over the period of 5.2 cent per litre was reported between the Irish and Dutch, with the other EU countries falling between these two – the next highest, the French, paid on average between 3.6 and 4 cent more per litre with the Danes paying 3 cent more,” he said.

Dr Shalloo said data on production costs published by the Farm Accountancy Data Network (FADN) was currently only available up to 2017 but the figures clearly showed even though the Irish farmers received the lowest milk price, their cost base was lower, resulting in the highest profitability.

“These higher production costs across Europe are only partly compensated for by higher milk prices . . . the Irish net margin was the biggest, despite a perception that returns from milk production in Ireland are lower, due to the milk price paid in Europe,” he said.

The study found that almost 8.7 billion litres of milk were processed in the State in 2019 with more than 91.8 per cent of this volume produced domestically but that the seasonal nature of Irish milk production means that six times more milk is produced at peak production in May than in January.

He said that based on those figures, and the Irish peak milk capacity supply in 2019 in the month of May when 1.072 billion litres of milk was produced, Ireland has the potential to process 12.9 billion litres per annum if operating a flat milk supply curve with 100 per cent capacity utilisation.

The research team, which also included agri economist Lungelo Cele of UCC and Dr Fiona Thorne of Teagasc, found this under-utilisation of capacity at 62 per cent results in higher process costs and, combined with Ireland’s product mix, was a major factor in determining the lower milk price paid in Ireland.

But the study found it would be substantially more profitable for the Irish dairy industry to invest in additional processing capacity for expansion rather than trying to flatten Ireland’s seasonal milk supply curve by increasing winter yields through feeding animals on concentrates in winter months.

1 Basic income for all: Has the Covid crisis given us a new economic model?
2 ‘I don’t need to do any of this. . .I don’t actually need to work.’
3 Promontoria barred from pursuing doctor over Ulster Bank loan
4 Only way is up for Stripe as valuation skyrockets
5 White knights or loan book cannibals – what will happen at Ulster Bank?
6 Direct sea routes to Europe offer certainty in choppy Brexit waters
7 A tale of two pandemics for Smurfit Kappa and Greencore
8 Online shoppers face unwelcome tax surprise
9 Admission of mistake in Oxford vaccine dose raises doubts over reliability
10 Kinzen raises $2.2m as it helps clients fight ‘misinformation’
Real news has value SUBSCRIBE