A moving idea for migrants to Canada 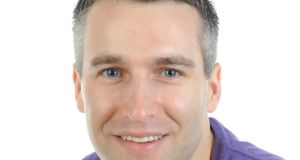 Ruairi Spillane: “Success for me is to be able to go home to Kerry for a month and not have to worry.”

Helping other Irish emigrants make a new home in Canada has been a passion for Ruairi Spillane since he moved to Vancouver in 2008.

What started as an occasional email to friends or acquaintances, recommending areas to live or a good way to find a job, has developed into a fully-fledged online information and recruitment service for newcomers. But finding a way to make a business out of it took years to figure out.

The Kerry man speaks fervidly about his adoptive country, but admits he ended up there “completely by accident”. After three unhappy years working in finance in Dublin, he applied for a position with a start-up in Blackrock, selling financial software to investment banks and traders. The job went to someone else, but the interviewers really liked him and he was invited to take up a similar role in the company’s head office in Vancouver.

“I was gone within two months on a completely unplanned adventure,” he recalls. “It was six months before the crash, so I was really lucky to get out of financial services in Ireland when I did.”

Three years after arriving in Canada, Spillane was headhunted to work for the company’s main competitor in a sales role.

“I was much better at interacting with people than analysis,” he says. “They put me through a few intensive sales courses, which gave me the belief I could set up my own business.”

As the downturn in Ireland deepened and the popularity of Canada with Irish emigrants rose, demand for Spillane’s growing knowledge about the country increased. In 2011 he set up a Facebook page called Moving2Vancouver as an advice-sharing platform for Irish people arriving in the city. This soon became a website which he ran in his spare time.

“This basic information about where to live and what the city was like should be free,” he says. “I knew other ideas for a business would come from it once a network of newcomers had been built.”

As Canada increasingly looked to Ireland’s underemployed workforce to fill gaping labour shortages in its oil and gas sectors in recent years, Spillane found himself dealing with a lot of young Irish construction professionals looking for advice.

“I realised if I could become an expert at helping these people find employment in Canada, I could potentially get paid for it. That was my eureka moment. A recruitment agency was a sustainable business idea,” he says.

With no experience in either recruitment or the construction industry however, Spillane had a lot to learn.

“I was straight with them, and said I wasn’t an expert, but would work to help them find a job. They taught me in return.”

As his knowledge grew and word spread, the seniority of the candidates he was dealing with rose. By the time Spillane quit his day job in July 2012, he had developed good working relationships with the HR departments of some engineering and general contractors.

“I had a very good finance job but it was still an easy decision to quit,” he says. “I couldn’t see myself doing it in five years’ time. I had this project on the side which I really enjoyed. It was a kind of perverse enjoyment – it was taking up all my free time and I still wasn’t getting paid for it – but that indicated it would be a good career for me.”

Moving2Canada.com now offers information and advice on a wide range of topics ranging from job hunting and the labour market, to finding accommodation, entertainment, visas and international shipping.

The “self-service” information he provides on the website is still free. “I want it to continue to be based on a social entrepreneurship model, to help everyone,” he says.

Revenue from advertising has allowed him to hire Montreal-based Irish man, Hugo O’Doherty, to generate content and manage the team of bloggers.

This allows Spillane to focus on the recruitment side of the business, which became profitable within three months. Moving2Canada Recruitment specialises in the construction and engineering sectors, where Irish workers are becoming a strong brand.

Building his own business while helping other migrants to settle is “a dream come true” for him, but he has no aspiration to go big.

“I never enjoyed being in an office, and love being mobile. I spent four months in Ireland and Asia last year working with my laptop,” he says.

“I don’t want to run a big business, but one I can manage easily which allows me to travel. Success for me is to be able to go home to Kerry for a month and not have to worry.”