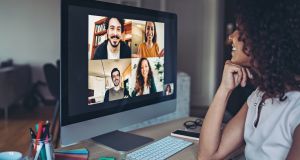 In a time of rapid change, there is plenty of scope for creativity to shine through. Photograph: Getty Images

Every year since 2009 we have published a trend report, to help clients anticipate the year ahead. Over the years we have tracked the progress of digital media and how it has changed the way we read, view, shop and live.

This year’s report was always going to be a crucial one, because 2020 was such a momentous year.

When we met to discuss this list in early October, we noticed that some of the trends felt “big”, while others felt much smaller and more short term; essentially some were big trends in society, and others felt like smaller effects within media and technology themselves.

We then broke the report into two sections, to separate the trends as a way of ordering but also to highlight how the first set are likely to have an impact over the next few years. The second set are trends that clients can easily seize more immediately.

Dan Calladine, head of Media Futures, Carat Global joins the Inside Marketing podcast for a look at some of the big marketing trends on the horizon for 2021. Listen now:

You can read the whole report online, but here are highlights of two of the trends, one from each section.

From Fomo to Fogo

If the 2010s saw the rise of Fomo (fear of missing out), the turn of the decade changed the feeling to Fogo (fear of going out). Conspicuous consumption has been replaced by anxiety and sheltering in place, with many cautious about doing things that used to be “normal”, including shopping, using public transport, and being in crowded spaces.

By the summer of 2020, one-third of the world’s population had been in some form of lockdown. Forced to stay at home, our lives have shifted online, resulting in considerable increases in the use of at-home media such as Netflix, Zoom or Twitch.

Commerce went digital at unprecedented levels, delivering what McKinsey described as 10 years of gains in three months. Online retailers have benefitted – Shopify’s revenues doubled – but so have those that have mastered omnichannel, letting people buy online and collect in a local store (and easily return goods too).

Many of us started to work from home and found that we could be as productive as previously using new productivity tools, and equipment, allowing us to create home offices. We have also seen a significant shift to remote education and health.

Our lives have shifted online, resulting in considerable increases in the use of at-home media such as Netflix, Zoom or Twitch

In a time of rapid change, there is lots of scope for creativity to shine through. Amazon has just introduced Amazon Explore to Prime members in the US. Essentially a mash-up of Airbnb’s online experiences, with the Asian trend of shopping via live video streams, Explore lets people book a session with a local guide, who can take them for a sightseeing trip or to a shopping area (cookware in Tokyo, luxury shopping in Paris) where they can buy what they see. It’s only available in the US at the moment, but I can’t wait to try this once it comes over here.

As the pandemic continues into 2021, we are likely to see these effects remain, with people still spending far more time in their own homes, even after vaccination. As time goes on, we will see some critical changes. There will be greater polarity in how people respond, based on age (with younger people being more willing to socialise again) and use of technology (with households with multiple connected devices better able to cope with isolation).

Also, people who have jobs based around using a screen will be able to work from home far more easily. We will also see many people, especially the more introverted, realise that they prefer spending more time at home.

In response, brands need to ensure that they have a contactless path to purchase: to help people browse and experience the brand just as easily from home as instore. This includes content on social media, use of new technologies such as AR (augmented reality) and simple ways to buy through multiple channels including direct-to-consumer channels, online retailers, safe shopping environments and kerbside collection. Welcome to the six-feet economy.

The pandemic has given us new ways and new reasons to use our cameras. Instead of technological forward steps, last year gave a new life to nearly forgotten technologies that proved out useful in the Fogo world.

Not only did we discover cameras on our laptops, according to Ofcom, the proportion of UK online adults making video calls doubled during lockdown, with more than seven in 10 doing so at least weekly. Both augmented reality and QR codes use the phone’s camera to trigger a command. While both features have been possible for more than 10 years, people have never had more reasons to do this with their devices.

Snapchat recently revealed that 75 per cent of its daily active users use AR daily – equating to more than 180 million people. If we add the people using it on other apps, including Instagram, we can probably say that between a quarter and half a billion people use AR each day.

AR has evolved from being something that people could only use if they had a dedicated app, to something that is built into much bigger apps like Instagram and Facebook as an integrated feature. Uses by brands abound, including virtual try-ons for cosmetics, sunglasses and sneakers, virtually placing furniture in situ, for virtual walking tours, and even in packaging.

Last Halloween, Amazon printed the outlines of pumpkins on its boxes in the US. When people looked at them through their phones and the Amazon AR app, the pumpkins came to life. Not to be outdone, Snapchat made it possible to scan your whole body, allowing people to virtually dress up in a choice of spooky outfits.

QR codes are also having a moment. Already popular in Asia, but long derided in the West, people now have to use them through necessity as part of the test and trace check-ins. Research conducted by software company MobileIron in August 2020 claims that more than 35 per cent of consumers in the US and the EU scanned one in the past week, and 10 per cent in the last day.

The evolution of the camera is likely to accelerate, as we are expecting a new generation of smart glasses from Facebook, Google, Apple and others. Instead of having to open up a phone to activate AR and QR codes, the smart glasses will automatically take the wearer into the experience, making the process even simpler and friction-free.

As we move into 2021, we expect to see far more brands use AR and QR codes for a broader range of activities. Both allow brands to take people to defined destinations, rather than letting customers search and hope that they arrive in the right place. We will see more examples in commerce, content and experiences, letting people experience increasingly sophisticated scenarios through their phones without leaving their homes.

Emotionally intelligent brands should use these technologies to bring engaging and joyful experiences to their customers. If we will need to socially distance for another year, is there a way that we can bring people closer through their devices?

Dan Calladine is head of media futures at Carat Global.

Inside Marketing is a series brought to you by Dentsu Aegis Network and Irish Times Media Solutions, exploring the issues and opportunities facing the world of media and marketing.
For more information, visit irishtimes.com/insidemarketing.