The Right to Die: Dying with Dignity or a Danger to Public Health?

University Observer: With many wishing for the right to die with dignity, Elizabeth Wells, looks at the reasons for and the issues surrounding euthanasia 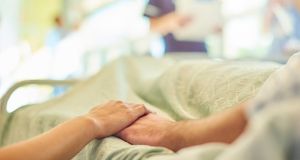 When Michael Nugent’s wife, Anne Holiday, was diagnosed with lung cancer in 2009, doctors gave her six months to live. As Holiday had seen both of her parents experience long, painful deaths at the hand of cancer, she quickly decided she did not want to share the same fate.

“The only thing that was really stressing her was the concern about having to go through unnecessary suffering,” said Nugent. “She didn’t want to go through that so she wanted to make preparations to take her own life if she needed to.”

This revelation led the couple to Tom Curran and Marie Fleming, who were in a similar situation. Fleming had multiple sclerosis and also wanted to be able to end her own life. Fleming’s situation differed from Holiday’s in that due to her illness, Fleming was actually physically incapable of taking her own life and would therefore need assistance.

While suicide has been effectively legal in Ireland since 1993, assisted suicide and euthanasia are treated as either manslaughter or murder and are punishable by up to 14 years in prison.

Seeking to change this, Nugent and Curran formed the Right to Die campaign in 2013. Nugent said the campaign has two main objectives.

To read the rest of this article please follow this link: universityobserver.ie/features/the-right-to-die-dying-with-dignity-or-a-danger-to-public-health/