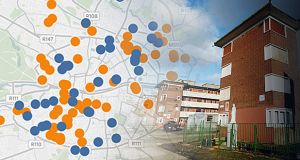 Almost 200 sites and properties worth millions of euros are lying empty in Dublin city and county amid a housing and homeless crisis, data compiled by authorities show. Olivia Kelly reports.

Belfast author Anna Burns has been shortlisted for this year’s Man Booker Prize for Milkman, her brilliant but challenging portrayal of an alienated young woman preyed on by a predatory paramilitary in Troubles-era Belfast, writes Martin Doyle.

There are divisions between college management and academics in University College Dublin over a new private club for staff on the south Dublin campus.Jack Power reports.

There has already been some controversy about the marketing of Lenny Abrahamson’s impressively clammy follow-up to the all-conquering Room. Donald Clarke reviews The Little Stranger .

RTÉ Radio 1 is launching its inaugural Folk Music Awards, and the recipient of its first Lifetime Achievement Award is a hugely loved veteran who’s earned his stripes. Siobhán Long reports.

The recent rush to balance the university books in order to demonstrate the existence of gender equality has, not surprisingly, proved more complex than many in leadership positions (mainly men) originally envisaged, writes Judith Harford.