Check out these alternatives to Netflix and chill 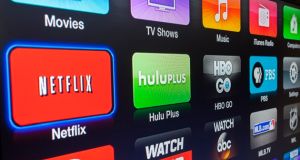 Maybe your 30-day free trial ran out. Maybe your ex finally got around to changing their password. Maybe you’re just tired of being recommended romantic Korean soaps “because you watched Sons of Anarchy”. For whatever reason, sometimes we all need a break from our generation’s obsession with Netflix. Luckily, there are a range of free and surprisingly legal alternatives available here in Ireland.

All 4, the combined streaming service of Channel 4, More 4, E4 and Film 4, (see a theme?), is possibly Netflix’s most formidable rival in the UK and Ireland. The site hosts hundreds of boxsets, which can be downloaded for offline viewing with the mobile app. Along with old favourites like Father Ted, Skins and Green Wing, All 4 also offers modern shows made for the student-aged demographic, a group often neglected by major networks.

Highlights include snarky satire Mr Student Body President (think House of Cards in the world of Mean Girls), millennial mystery Search Party, and uni-based flat share sitcom Fresh Meat. If you want to brush up on your languages before your Erasmus, All 4’s Walter Presents has a good few foreign dramas and comedies, such as German Deutschland 83, Spanish Locked Up and French-Afghan Kabul Kitchen.

All 4’s major pitfall is that these shows are funded by annoying ad breaks that you can’t skip. Although the timer promises that there are only “35 seconds remaining”, this figure jumps up so much that you end up opening Facebook in a new tab and only remember your show after it’s been on for 10 minutes.

If you prefer something a little closer to home, you can sample Ireland’s homegrown shows on RTE Player. However, be warned that most episodes expire within one month of airing, so the service doesn’t lend itself to binge-watching. While the choice for our age group is limited, you can sample Irish comedy with the likes of The Rubberbandits Guides or Damo and Ivor – or even watch the news, so next time you ring home you can shock your parents with your informed views on the conflict in Syria.

The third network with a streaming site available in Ireland is TV3 Player, but for the moment, its main offerings are The Graham Norton Show, re-runs of American Dad and adaptations of more popular reality TV shows (for example, the highly imaginative Great Irish Bake Off). For now, it looks like the domestic providers are a long way off producing Ireland’s answer to Stranger Things or Orange is the New Black.

While Amazon Prime is technically not “free”, at the moment it’s currently less than half the price of Netflix, with a seven-day free trial. The catch is that the selection on the Irish service is seriously limited for copyright reasons – if you were strategic, you could cram Amazon Prime’s entire range of shows into one week without paying a cent. For now, the main attractions are its original series, such as Transparent, The Man in the High Castle, and Mr Robot. There’s also a limited selection of films like Scott Pilgrim vs. the World, Shaun of the Dead and Kick-Ass.

If you’d rather wait, more high-profile shows along the lines of Parks and Recreation and The Walking Dead are expected to be added as Amazon Prime gathers an Irish fan base, and fellow American streaming service Hulu seems poised to break into the market. However, subscription costs are likely to spike with these improvements.

Finally, if the boundless choice of online media leaves your head spinning, and you find yourself nostalgic for the days of solid boxsets you could hold in your hand, your local library could be the answer. Many university multimedia sections in particular have a decent selection of films and TV shows, beyond the out-dated, indie art-house fare you might expect. For example, UCD’s James Joyce library has boxsets of in-demand shows like Game of Thrones and Girls, and popular movies like Django Unchained and The Devil Wears Prada. You never know whether you’ll find anything worthwhile, but it’s definitely worth giving the DVD selection a look next time you need a break from studying.

With so many streaming sites to choose from, Netflix need not be your only port of call for online TV shows, though admittedly none of the alternatives have had the same cultural impact – “RTE Player and chill” just doesn’t have the same ring to it. But if it pains you to spend the price of two pints on Netflix every month, it’s good to know that there are options even more convenient than illegal downloading.