The IRFU need to create a real process for developing talent 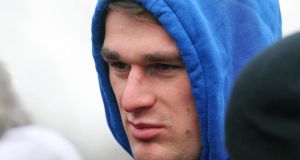 The concept of a High Performance Department (HPD) comes from the Olympic movement. The role of the HPD is to produce a constant supply of top quality athletes, so the national coaches will have a constant pool of high quality talent to select from.

The High Performance Manager’s task is to design, produce and evaluate the systems that will provide quality players who can perform in winning national teams. If the system is not delivering players at the required skill level and in the required numbers, then the system needs evaluation and change. It is hardly rocket science. In last week’s column, I briefly suggested that it was time for a major review into the high performance systems in Irish rugby. Your feedback blamed the coaches of the national team but the role of the high performance programme was not mentioned.

I feel the Irish rugby community underestimates need of an extensive review into the systems that recruit and develop the next generation of players. With the Golden Generation all but gone there are obvious positional gaps in the national team. Yet many of “generation next” are warming provincial team benches.

The NZRFU move young players between Super Rugby franchises. They do not allow a quality player to not play because an established player is in the same position at the same club. Good players need to play to develop and that requires players to change provinces. Rhys Ruddock and Dominic Ryan are prime examples. They should be playing top level rugby and not warming benches. Their development as players has been restricted at Leinster. The same can be said of Ian Nagle and Billy Holland at Munster, Declan Fitzpatrick at Ulster and several other young quality provincial players.

Any review must look at Ireland’s incomprehensible refusal to participate in the IRB sevens. A high performance system must have a number of pathways that players can follow. These facts speak for them selves. Wales are the Six Nations champions. From their winning squad, the Welsh sevens programme has produced James Hook, Lee Byrne, Justin Tipuric and Alex Cuthbert. To suggest sevens is not an integral piece of an elite player pathway is to deny hard evidence. Sevens produces skilled backs and backrowers.

While every major rugby playing country in the world is producing specialist openside flankers Irish rugby continuers to ignore their values and does little to develop the concept of openside play through playing sevens rugby or the selection of genuine opensides in representative teams.

A documented national coaching philosophy, that includes the role of open sides, is the start of the process. The saga at tighthead prop continues. When John Hayes magnificently held up the Irish scrum for more than a decade, we took his herculean efforts for granted. Now he has departed we understand that Mike Ross is invaluable. Yet we still have no long-term program to identify, develop and produce tighthead props.

Lack of process
The signing of Michael Bent was a very public exhibition of this lack of process. A review of the high performance system must consider the talent in the Irish diaspora. Currently Irish eligible players have to seek out and contact the IRFU. That means our system is reactive not proactive. Thus Irish rugby “reacted” to contracting Michael Bent.

At one time English cricket established an academy in Australia. It served two purposes. It identified English qualified players in Australia and put English-born Academy players into Australian club competitions. An IRFU academy based in Sydney or Brisbane should manage the data base on Irish eligible talent across the world, especially in Australia and New Zealand.

It could also provide playing experience in the Sydney and Brisbane competitions for Irish-born Academy players as part of their player development.

What I have mentioned today is only scraping the surface of what is not being done and what could be achieved. When injuries hit the national team this year the talent cupboard was either empty or inexperienced.

While the coaches did make some poor decisions, ultimately the system that produces high performance players failed. The internal structures of Irish high performance need to be examined by an independent review. The recommendations must “think outside of the square” if Ireland are to remain competitive at the top of international rugby.

Blaming coaches and thinking that winning in the Heineken Cup is our salvation will only assure continued failure. The first step is to admit Irish high performance systems needs to change.

1 Tipping Point: Eddie Jones’s rhetoric is out of place in a febrile political climate
2 Andy Farrell recalls 13 players to Ireland squad ahead of England clash
3 All in the Game: No Moore medals for Steven Gerrard
4 Ireland backrow of O’Mahony, Van der Flier and Stander to be retained against England
5 Kieren Westwood: ‘I feel obliged to clear my name and defend myself’
Real news has value SUBSCRIBE

Andy Farrell recalls 13 players to Ireland squad ahead of England clash 15:11
Leaving Cert prep forces Beibhinn Parsons out of rest of Six Nations 15:01
Kieren Westwood: ‘I feel obliged to clear my name and defend myself’ 14:01
All in the Game: No Moore medals for Steven Gerrard 12:34
Tokyo marathon cancel next month’s mass participation race 13:20