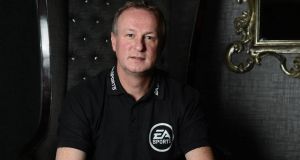 Northern Ireland manager Michael O’Neill says that while he accepts the rules in relation to player eligibility between the island’s two national teams, the Northerners who have declared for the Republic in recent times have fared badly, some to the extent that it raises question about the morality of the FAI’s recruitment policies.

“If you look at the Northern lads who’ve come down here, none of them have had a particularly positive experience, let’s be honest,” said the manager who was back in Dublin to promote the launch of the latest version of EA’s hugely successful Fifa 13 - Ultimate Team .

He mentioned the likes of Marc Wilson, James McClean and, inevitably, Darron Gibson but also highlighted the plight of the less celebrated players like Daniel Kearns, over whom a test case between the two associations was fought.

“Daniel Kearns, I feel a bit sorry for. I think he was possibly a young lad that was put in a position that maybe the association shouldn’t have put him in. And I think there is a moral aspect, as an association, to make sure that the interest is genuine.”

O’Neill is, perhaps, a little constrained in how much he can say about the situation because of his current position which is something that doesn’t apply when it comes to speaking about his former employers out in Tallaght.

Relations strained
Relations between the 43-year-old and the club’s board had become strained by the time he departed more than a year ago and he feels that Trevor Croly will need a little more backing than he feels he received if he is to succeed where Stephen Kenny didn’t.

“Trevor is an intelligent lad and he has all of the capabilities to do that, but it is a difficult club to go into as your first club as a manager. I think you need a good support from the board, which I’m not sure is always there.”

A little baffled
Having enjoyed enormous success during his own time with Rovers, O’Neill suggests that he has been left a little baffled by some of the decisions that have been taken since his departure.

“That team was there for someone to fine-tune and basically continue with the success. Obviously that didn’t happen. I can’t comment on why things didn’t work out (with Kenny). Sometimes it doesn’t happen for managers at clubs for one reason or another (but) I didn’t understand the situation of sacking him when they did.

“I felt the situation should have been reviewed at the end of the season. If you are going to give Stephen the commitment they did financially over a three-year contract, it was a very short term he was actually given.

“And the appointment of Brian Laws was a mystifying one for me because I’m not sure what level of consultancy the Rovers board felt they needed by appointing Brian. I listened to a couple of Brian Laws’ interviews and it was predominantly about the advice and level of expertise that he was giving the football club. If that was the case, why do you go and appoint someone from the league who is on your doorstep anyway.

And, after his own European experience, he feels, supporters need to be realistic regarding what can be achieved on that front too: “We had players on 42-week contracts with a salary ranging from ¤500 per week to ¤1,000 per week. let’s be honest, Rubin Kazan are spending more on taxis. It’s miles away from where the perception is. But I hear people talk about League of Ireland teams competing in the Champions League: that’s just madness.”