Number of footballers concerned for their mental health rises 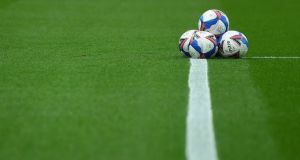 The English Professional Footballers’ Association said 464 members had accessed counselling services provided by Sporting Chance up to the middle of September this year, compared to 653 in the whole of 2019. File photograph: Getty Images

A sharp rise in the number of footballers concerned for their mental health has continued in 2020, according to figures from the counselling body Sporting Chance.

In the year to September, 464 members of the English Professional Footballers’ Association accessed counselling services, compared with 653 across all of 2019. This maintains a trend in which numbers have quadrupled since 2016, when 160 members accessed the service.

The PFA has 4,000 members, meaning that in only nine months of the year more than 10 per cent have sought some form of support. Of those to have done so, 42 per cent are current players, with 55 per cent former players and 3 per cent family members given access to the services; 95 per cent of the calls were made by male members of the union and 5 per cent by female members.

These figures were released to coincide with Mental Health Awareness week. Of the concerns cited by PFA members to have accessed counselling, the most common were “low mood” and “anxiety” followed by “addictive disorder – substance” and “addictive disorders – gambling”. More traditional union issues, such as the “transition” from a playing career, came below “relationship issues” on the list.

The period covered by the Sporting Chance data includes the Covid-19 pandemic and a highly uncertain time for professional footballers, many of whom lower down the leagues faced the risk of losing their livelihoods when the virus halted the season.

The issue of mental health in sport, and among men more broadly, has substantially grown in visibility over recent years. Heads Up, a campaign last season run jointly by the English Football Association and the charity Heads Together, sought to “change the conversation” over mental health, by recognising it as being on a par with physical health, and encouraging discussion.

“We want to encourage more men to feel comfortable talking about their mental health and feel able to support their friends and families through difficult times,” the campaign said.

Heads Up was not only an attempt to use football’s popularity to speak to men more broadly, but also of the need for the football community to address mental health. The raw numbers provided by Sporting Chance suggest its message may be cutting through. - Guardian