Mary Hannigan’s All in the Game 2019 awards - part one

From Pizza Hut and Leeds United, to Kyle Walker v Twitter and some ‘Arry Redknapp 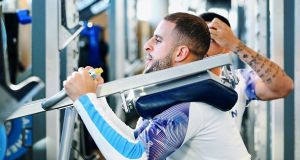 Kyle Walker took on Twitter and it did not end well for the Manchester City right back. Photograph: Matt McNulty/Getty Images

“It was like trying to charge an iPhone with a Nokia charger. It just slowly went flat.”

That’s how many seconds it took for Shane Long to score for Southampton against Watford back in April, making it the fastest goal in Premier League history. “The manager asked us to make a quick start,” he said. Probably not that quick, though.

A pizza company and Leeds United after their manager Marcelo Bielsa’s admission that he had staff spy on opponents’ training sessions:

Pizza Hut: “Hi @LUFC, we’ve just seen a suspicious looking man peering through our chef’s window. Can you let us know if you’re planning to put Pizza on the menu in the club canteen?”

Leeds: “Prefer @Dominos thanks! They don’t take a week to deliver a tweet.”

Pizza Hut: “Bit rich coming from a club that hasn’t delivered since 1992.”

“The boys are f***ing mentality giants! If you have to fine me, fine me. I’m not native so I don’t have better words for it.” Jurgen Klopp saluting his players after that moderately impressive 4-0 win over Barcelona.

“The way he darts around the pitch, he’s like an empty crisp packet in the park.” Tony Cascarino on the golden wonder that is N’Golo Kante.

“Harry Maguire reads danger like you or I would read a Beano comic.” Martin Keown. And there’s no higher praise than that.

“Messi is a smallpox - but there is no vaccine.” Real Valladolid director David Espinar after the incurable Lionel helped himself to just the two goals and two assists against his side.

Nation most offended by pre-match ceremonials:

We’ll go with Albania before their game at the Stade de France back in September. As Virgin Media described it:

Albania line-up for the national anthem.

The Andorra anthem is played.

The French anthem is played after.

Albanian players refuse to play until their anthem is played.

Apart from that, it all went smoothly.

Best line from a match report:

From the Gloucestershire Echo’s report on the Hellenic League Division One West clash between Cheltenham Saracens and their visitors Kidlington Development.

“The game was held up for around five minutes late on when Kidlington’s Julius Muraga was sent off and, after entering the changing rooms, inadvertently turned off the stadium floodlights, thinking he was turning on the showers.”

Meanest Twitter responses to a footballer simply asking his followers to complete the verse “Roses are red, Manchester is blue...” to mark Valentine’s day:

“Roses are red, skies are blue, if there was no Arab money, you’d be in League Two.”

“Roses are red, Manchester is blue, next season City’s right back, will be brand new.”

“I don’t see a goalscorer. I don’t see a defensive midfield player. I don’t see a runner. I’m not quite sure what I see. Essentially, for £60m, you’d like him to fit in to one of those categories.” Gary Neville, struggling to understand the point of Fred.

Roy Keane: “Probably on the bench.”

“My mother would have run around to the shops quicker.” Brian Kerr on Barkley being a touch unhurried in his pursuit of an opponent.

“He is not that fast or manoeuvrable. He has the turning circle of a truck.” Jan van Halst (former player, now a Dutch TV pundit) being quite impolite about Harry Maguire.

Most insulting line in a police report on the arrest of a footballer:

That would be the one that featured in the Metropolitan Washington Airports Authority Police report on Wayne Rooney’s arrest for ‘public intoxication and swearing’ at the city’s Dulles airport.

Brush up on yer Scouse, officer.

The ones made by the fella who barricaded himself in a flat, armed with a weapon, in Paisley, necessitating the arrival of police and a negotiator. At which point he presented his list of demands: “I want a bag of cans, I want Brendan Rodgers back, I want a job.” The cans and a job would have been doable, but, alas, Leicester City refused to return Rodgers to Celtic. The siege, presumably, is still going on.

5 Diego Maradona: A genius and the soul of a nation