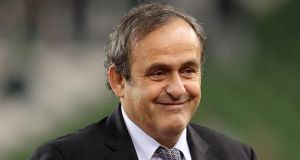 associations expected to back the establishment of an event that would kick-off in 2019.

The detail of what is envisaged will be unveiled today but the basic idea is to make the majority of what are now international friendlies more attractive by adding a competitive edge, while leaving scope for associations to organise games against countries of their own choice, say local rivals, or those from outside of Europe.

Expanded
It has been suggested places at the now expanded European Championships may be offered to divisional champions in order to add to the attractiveness of the venture, with the four places currently on offer to winners of the play-offs between eight of the nine third-placed sides in the qualifying groups potentially being reassigned, although it is unclear how the impact that would have on the teams’ actual qualifying games would be alleviated.

The bulk of the dates currently dedicated to friendly games would be devoted to the new competition which would, it seems, be played mainly in uneven years between countries allocated to between three and four divisions, based on international rankings.

The idea, which was first mooted last year, has been generally well received, with associations seeing it as a way of generating more interest in what are sometimes very low key games while maximising broadcast revenues, almost certainly by way of an expanded centralised deal.

The current deal, which guarantees the FAI €10 million per annum in return to the TV rights to Irish competitive games, is due to run for four years and would be due for renewal ahead of the new league’s establishment.

A new competition would limit the scope for associations to arrange high profile, “glamour” friendlies as far fewer dates would be left free. Instead, countries would play competitive games against countries allocated to the same division as them, with the top flight possibly consisting of 16 teams that would be subdivided into groups of four who would play each other for places in semi-finals and finals to be staged at neutral venues.

While the idea seems radical on the face of it, it would probably not make an enormous amount of difference to many of the participating nations, with England, for instance, who are desperate for high profile, competitive games in order to attract customers to Wembley on which the association owes more than €300 million, potentially facing much the same sort of mix of teams – Italy, Sweden, Ireland, Brazil, Scotland, Germany and Denmark – as they met in friendlies over the past 18 months.

The crucial difference would be that the meetings against Italy, Sweden, Germany and Denmark, all of whom would be in that elite group of 16 if it were to be based on the current Uefa rankings, would be “competitive”.

Crucial
Quite how the teams were ranked could be of crucial importance to the FAI, however, with Ireland’s Uefa ranking currently placing the team towards the top of what would likely to be the second tier of nations along with familiar countries like Poland, Norway, Hungary and Turkey, whereas the use of Fifa rankings would mean Ireland being outside the top 32 and potentially in the league’s third division.

Macedonia, Belarus and Azerbaijan hold three of the four places directly below Ireland in this list and playing nations of that calibre could hardly be expected to help pack out the Aviva stadium which is precisely the point of the exercise.

The FAI declined to comment on the proposals last night.

1 How a GAA club sprang up in east Belfast over Sunday breakfast
2 LeBron James among those to slam Drew Brees’ anthem comments
3 Sticking points remain as Premier League clubs meet to discuss resumption
4 Eoin Murchan on being the wrong player in the right place at the right time
5 Jacob Stockdale gives keyboard warriors the slip in textbook fashion
Real news has value SUBSCRIBE
Crossword Get access to over 6,000 interactive crosswords