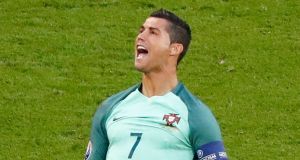 Cristiano Ronaldo inspired his Portugal side to the final. Photograph: Reuters 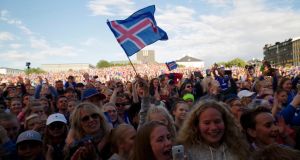 Iceland were one of the feel good stories of Euro 2016 as they improbably reached the quarter-finals. Photograph: Reuters 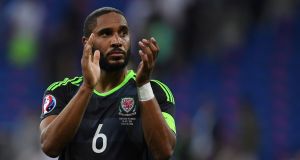 Wales made it to the semi-finals in their first major tournament appearance since 1958. Photograph: Getty 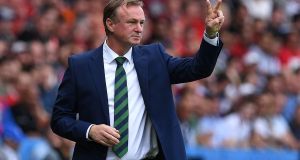 Michael O’Beill’s Northern Ireland made it to the last-16. Photograph: Getty

With a population of just over 300,000 and a landscape that doesn’t exactly lend itself to the playing of football, the Icelandic revolution is nothing short of remarkable – and this is no flash in the pan. While the internationals play their trade away from their home country – Denmark and Sweden being the two main destinations – the coaching at youth level has proved crucial.

The mainly frozen landscape is dotted with vast, spaceship-like football halls where young boys and girls learn the game. They also learn it in the correct way – from under-10s up all coaches must have a Uefa B licence, with half of that required to coach under-8s.

So, Iceland’s wins over Austria and England and their taking of the tournament by a storm is a vindication of a project running for nearly 10 years. The best part? This is only the beginning.

Wales: Wales doesn’t exactly have the biggest population either. Indeed, almost a million people more inhabit the island of Ireland. The addition of players born in England – such as James Chester, Ashley Williams and Hal Robson-Kanu – helps, but the achievement is still remarkable.

Only Iceland have overshadowed Chris Coleman’s side, who made it to the semi-finals of their first major tournament in 58 years, and did so five years after the death of manager Gary Speed. It was Speed who got the ball rolling before Coleman took them to heights they never could have dreamed of.

Yes, Gareth Bale was hugely influential but the performances of Aaron Ramsey, Joe Allen and the immense captaincy of Williams also came to the fore. It was unfortunate the occasion got to them in the semi-final against Portugal, but their achievement has already had a huge effect on Welsh football.

Albania: Another beneficiary of the expanded tournament, the efforts Albania had to make just to get to the Euros made their maiden goal and victory at a major tournament more special.

Their quest to qualify for their first major tournament went all the way to the Court of Arbitration for Sport after Serbia were awarded the victory for a match cut short due to on-pitch riots. Albania’s appeal proved successful and the result was overturned in their favour. Those three points would prove crucial.

After spirited displays against Switzerland and France which saw them come away with nothing, all of their efforts proved worthwhile for the one, joyous moment when Armando Sadiku rose above the Romanian defence to head home and spark scenes of unbridled joy.

It proved yet again that football produces moments few other sports can. It was of such significance that manager Giovanni De Biasi, originally from Italy, was awarded Albanian citizenship. One of the historical whipping boys of European football now look ready to compete with the big guns.

Northern Ireland: The trend continues with the winners mainly proving to be those who took full advantage of the extended tournament. But it’s a vindication of that extension that we have so many moments to look back on such as Northern Ireland’s magnificent 2-0 win over Ukraine.

Michael O’Neill’s leadership of a group composed of bottom half Premier League players and a scattering of Championship, League One and League Two representatives has been nothing short of incredible.

The stewardship of O’Neill (pictured), coupled with a huge dollop of team spirit, saw the squad perform to its absolute maximum.

Northern Ireland shouldn’t be good enough to reach the last 16 of the European Championships. They simply don’t have enough ability. But in Northern Ireland’s case, team spirit took them to a stage they wouldn’t have believed possible before the qualification campaign.

Portugal: So we have winners and losers, can we have drawers? Say what you like about Ronaldo and co drawing their way to a semi-final – that’s tournament football.

There are a number of teams who are much better than Portugal. But the difference is they played to their strengths and got the absolute maximum out of their abilities.

Oh, and they have Cristiano Ronaldo. After underwhelming performances against Iceland and Austria in their opening two games, Ronaldo rose to the occasion against Hungary and dragged his side into the knockout stages – just as he’d dragged them to the tournament itself.

This team has received a lot of criticism at home for their negative style of play , but there will be few complaints if they win their first major tournament on tomorrow night.

And there have been antidotes to the defensive-heavy play of Portugal. Ronaldo’s first strike against Hungary – he flicked the ball between his legs, on the half volley and into the net – will go down as one of the goals of the tournament.

Likewise his freakishly high leap from a standing start to head home against Wales was pretty special.

Boring it may be, but the dull style of Greece denied Portugal Euro 2004 on their home turf. Three tournaments and 12 years later, is this Portugal’s redemption?

1 Six Nations: Ireland are contenders but England still the team to beat
2 Mike Catt hopes to have Irish backs purring in Six Nations
3 In Donegal Michael Murphy is seen, simply, as a godsend
4 Owen Doyle: Creeping professionalism of schools rugby a threat to the game
5 Nick Kyrgios sets up Rafael Nadal showdown after five-set thriller
Real news has value SUBSCRIBE
Crossword Get access to over 6,000 interactive crosswords