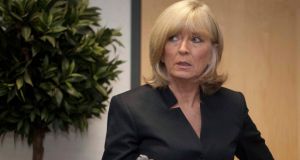 Recently appointed European Ombudsman Emily O’Reilly (above) appears to have prompted action by EU Competition Commissioner Joaquin Almunia in relation a longstanding complaint that the Spanish authorities have effectively been providing improper support to some of their leading clubs through favourable tax laws and property-related deals.

O’Reilly’s office announced yesterday that the commission had been given until the end of June next year to decide what it was going to do in the case which relates to a complaint made by an unnamed individual “who represents the interests of individuals who are investors in a number of European football clubs”. Almunia has responded by announcing that the matter will be dealt with today with the initiation of “infringement proceedings” against Spain likely to be announced.

The original complaint was made back in November 2009 and relates to a 1990 Spanish law that confers favourable tax status on clubs that are owned by their supporters of which there are four – Barcelona, Real Madrid, Athletic Bilbao and Osasuna – in the top division. The commission is supposed to decide whether to act in such instances within 12 months but failed to do so and matters have not been helped by the fact that Almunia, then a minister in the Spanish government that passed the law, is a Bilbao fan.

‘Conflict of interest’
“This is not about whether the Spanish authorities have transgressed,” O’Reilly told The Irish Times yesterday. “It’s about the commission and the fact that it’s taken more than four years to decide on an issue that would normally take 12 months while it has allowed the suspicion, whether well founded or not, to fester in the public mind, that the commissioner, because of his particular links to one of the teams, has a conflict of interest.”

Almunia has described suggestions that such a conflict of interest exists as “unacceptable”.

Asked whether she believed that that sudden announcement by his office that action on the issue was prompted by her decision, she remarked: “I don’t know whether it’s a complete coincidence that they had decided yesterday that they were going to raise this tomorrow but it’s quite a coincidence that hours after the recommendation landed on their desk that we get a call saying there’s no need for this, we’ll be doing it anyway.”

In an attempt to justify the delay the commission had said that it was considering the wider issue of public funding of professional football but this was rather undermined in March when an investigation was launched into five Dutch clubs, including PSV Eindhoven who sold land, which contained its training ground, to the local authority for more than €40 million then leased it back.

In Spain, however, the numbers are larger and a separate investigation is likely into property deals like Real’s own training ground sale in which the local authority paid more than €400 million to the club. Some of the grant aid to Bilbao for the construction of its new stadium is also likely to come under scrutiny, as are transactions involving a number of other clubs.

Spanish foreign minister Jose Manuel Garcia Margallo said on Monday that he expects an infringement action – essentially a prosecution for an infringement of European law – to be taken but said that his government would “defend the clubs to the end”, as they are “part of Spain’s brand”.

The issue of how much Spanish clubs owe in various taxes is likely to be raised again, however, with the figure having stood at some €690 million back in March. The perception that the government was not attempting to pursue these debts with any great vigour at a time when it was seeking around €40 billion in loans from the EU to help it cope with its financial crisis provoked anger abroad, particularly in Germany.