All the latest updates on injury and suspensions, kick-off times and TV details 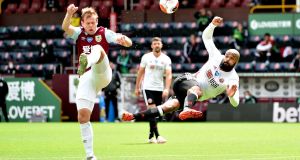 Kenny McLean is a slight doubt with a sore knee, while fellow midfielder Moritz Leitner, who requires hernia surgery, plus defenders Grant Hanley, Christoph Zimmermann and Sam Byram (all hamstring) are sidelined.

West Ham will still be without Robert Snodgrass (back) and Felipe Anderson (hip).

Mark Noble, who has been suffering with a tight hamstring, could come back into the side after being on the bench against Burnley.

Watford (17) v Newcastle (13), 12.30 – Live Premier Sports 1 & Amazon Prime Video
Watford have no new injury concerns. Head coach Nigel Pearson will be pleased to have all of those who faced Norwich fit and available once again but Daryl Janmaat, Gerard Deulofeu (both knee) and Isaac Success (Achilles) remain sidelined.

Midfielders Isaac Hayden and Sean Longstaff are still missing with hamstring injuries while defenders Florian Lejeune and Ciaran Clark continue to work their way back towards full fitness.

John Lundstram could be in contention after being an unused substitute on Wednesday but fellow midfielder Luke Freeman and striker Leon Clarke are still out.

Chelsea midfielder Billy Gilmour will miss the remainder of the season after knee surgery.

N’Golo Kante remains out of action with a hamstring issue, but fellow midfielder Mateo Kovacic is fit again after a knock.

Sergio Agüero is Manchester City’s only major absentee as he remains sidelined after undergoing knee surgery a fortnight ago.

Manager Pep Guardiola will consider rotating his squad after revealing left back Benjamin Mendy was rested due to muscle soreness in the last two games.

Pedro Neto is one of a series of players nursing knocks, and Nuno will consider his options after training on Saturday.

Crystal Palace are without Gary Cahill (hamstring) for the rest of the season. Fellow defender Martin Kelly rejoins the squad after a calf problem but Jeffrey Schlupp (hip) and James Tomkins (thigh) remain on the casualty list.

Arsenal will be without striker Eddie Nketiah, who starts a three-match ban following his dismissal in midweek.

Mesut Özil (back) is likely to miss out again, while Pablo Mari (ankle), Bernd Leno, Gabriel Martinelli and Calum Chambers (all knee) are definite absentees.

Bournemouth (18) v Leicester (4), 7.0 Sky Sports Premier League & Sky One (free to air)
Bournemouth will be without Adam Smith after he was was carried off with a head injury on Thursday. Jack Stacey looks set to deputise at right back.

Midfielder David Brooks should be available after suffering what was thought to be cramp versus Spurs, while defender Steve Cook should be in the squad despite not being 100 per cent fit following a hamstring injury.

James Maddison and Ben Chilwell have both been ruled out for Leicester. The duo missed the midweek draw at Arsenal with hip and foot issues respectively, and Foxes boss Brendan Rodgers has confirmed their continued absence.