The Offload: Schmidt book the more ordinary for absence of key details 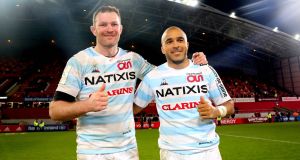 ‘Ordinary Joe’ can be used by publishers to convince athletes and coaches of the need to hire a professional writer to work alongside them.

Ironically, more information is gleaned about the former Ireland coach in two terrific one hour interviews to promote the book by Keith Duggan (The Irish Times) and Brendan Fanning (The Sunday Independent) than this part memoir, part coaching manual and part diary. By trying to tick all three boxes and glossing over key moments – the 2015 World Cup and defeat to Japan – the 327 pages leaves the same feeling of mediocrity that must have perplexed Schmidt throughout 2019.

The two interviews prove that employing a ghost writer with journalistic or literary credentials would have compelled Schmidt to dig deeper into his theory of ordinariness. In Brendan Barrington, Penguin have the best copy editor this column has encountered, but the eternal sports tomes have a JR Moehringer spending months inside Andre Agassi’s head or, closer to home, the award winning autobiographies of Andy Lee and Richie Sadlier were stitched together by wordsmiths of the calibre of Niall Kelly and Dion Fanning.

There are some revelations, with Schmidt noting how injuries to James Ryan and Tadhg Furlong hampered preparations for the quarter-final defeat to New Zealand but the mystery surrounding Devin Toner’s non-selection remains unsolved. Essentially, Schmidt says the veteran lock was discarded because the management feared he would be cited.

But Toner was not cited. The explanation does not add up.

‘Ordinary Joe’ could have been an introspective story of high achievement and crushing failure. Instead, we get what we always got from this wise Kiwi man in a public forum – the bare minimum. That is the 54 year-old’s right but we are all poorer for the absence of the sort of detail that was the hallmark of Schmidt’s decade in Irish rugby.

No signs of a World Cup hangover among Ireland stars

Maybe Rory Best’s ghosted memoir – not hitting bookshelves until March – will shed more light on what really happened inside the Ireland squad in 2019.

In the meantime, the players have moved briskly on with their careers.

Oddly, the men primed to peak in mid October are shining as bright as ever in late November. Johnny Sexton and all Leinster’s returning internationals excelled in victory down in Lyon.

Ulster’s John Cooney has bounced back spectacularly from being relegated to fifth-choice Ireland scrumhalf with his latest individual gem against Clermont rooted in a soccer upbringing.

The list of outstanding feats goes from Josh van der Flier’s 20 tackles to Keith Earls’s fantastic finish against Racing 92 as deep levels of frustration have been harnessed into stellar performances on familiar European terrain.

There is a story worth telling about that psychological light switch they all appear to have flicked.

Zebo and Ryan show us what might have been

The system of excluding players from the national squad when they leave the provinces remains a logical strategy, but the return of Donnacha Ryan and Simon Zebo to Thomond Park on Saturday in blue and white stripes was still frustrating to witness.

Not so much Zebo as, seemingly, there was nothing to be done about his desire to expand family horizons with a few years in Paris but Ryan’s lineout expertise feels like a costly loss to the Ireland squad. The Tipperary lock is still only 35 and there he was on Saturday spoiling Munster’s set piece. He would have been a useful body in Japan. Perhaps even a central figure. We’ll never know.

Zebo turns 30 next year but he’s clearly in his prime. He might play out his remaining years in France but should he choose to return to Munster it would make sense to include him in the Ireland squad the moment terms are agreed. The same way he was instantly ignored by the national coach in November 2017 after agreeing to leave despite having seven months to run on his contract. Only seems fair.

The metres galloped by James Ryan in his eight carries in Lyon (really, it was two lung-busting linebreaks by this still growing lock).

“I envy them a little bit because we are all a bit scarred from the World Cup and how it finished but they are able to project their thoughts forward to the Six Nations and I’ve got nowhere to go.”