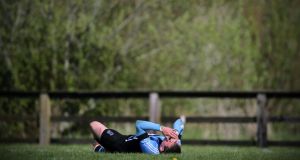 Your roots never really leave you. The fact that Shannon were relegated from Division 1A of the Ulster Bank League over the weekend didn’t come as a big shock in the end but it was still tough to take. Things haven’t been going well at the club for a few seasons and they’ve been in danger of something like this happening for a while. It’s a far cry from the days when Shannon were the most successful club in the country.

But then, as we all know, the whole league is a far cry from those days now. The gates are nothing like what they were, sponsorship is nothing like what it was, revenue generation is so much harder. All clubs have struggled to keep their finances going and, in some ways, clubs like Shannon had further to fall than others.

There was a time when people would come in from outside Limerick to go and see a game. If they were playing a local derby against Young Munster or Garryowen, you’d have big crowds in Thomond Park to see it and it wasn’t just locals who were in the stands.

I remember there’d be carloads of lads heading in from Tipperary on a Saturday because there’d always be a big game of some sort in Limerick. And in those days, Shannon were the biggest draw.

Getting paid
I was such a naive young fella when I started playing for them in the mid-1990s. I knew nothing about getting paid, I was just delighted that I was getting to play for a senior club.

There were always rumours about some guys getting paid for playing or paid for joining certain clubs around the country. You’d hear stories about the envelope being left in the shoe for the player to collect when he came off the pitch and I’m sure it went on but it was all a bit above my level at that stage.

It was around 1998 that we started getting paid as of right. We got match fees and win bonuses and that kind of thing. They weren’t astronomical or anything – we probably got around £1,000 every three or four months or something like that. I actually can’t remember exactly what it was worth but we weren’t all buying Ferraris on the back of it anyway. But since Shannon were so successful around that time, we would have done pretty well out of it.

Once the Celtic League kicked in, the club game was always going to struggle. It split clubs between the players who were off playing and training with their provinces and the lads who were working away at day jobs and playing on the weekends. You got to the stage where there was real resentment there. Guys were putting in the hours trying to keep double lives going, working during the day and training at night, and then the lads who were already on provincial contracts were coming back in and walking into the team ahead of them.

Our place
It was totally understandable that there would be bad feeling there. With Shannon, there were seven or eight of us swanning back in and taking our place on the team. In our mind, we were making sure we were paying the club back for all the time, money and effort the club had put into us. It was important to us not to forget where we came from.

That was all very well but it was tough on the guys who were keeping the team going when we were away. It created a divide that was never closed and it all became a bit unsavoury.

That was the same in clubs throughout the league. It wasn’t the players’ fault because it was a situation that was created above our heads. But as time went by, the professional game just drifted further and further away from the clubs. Eventually, the players had only the slightest connections to their clubs and as they left, so did the crowds. Supporters saved their money to follow the provinces around Europe and the league suffered.

Shannon last won the league in 2006. For the last three years, they’ve been in relegation trouble coming towards the end of the league. It’s been a divided club with a fair amount of infighting and they don’t seem to have been able to deal with the fact that the great days are in the past.

It’s a club with a lot of history and a lot of tradition but that was only going to keep them going for so long. They’ve lost people who were there in the good times and some of the rows behind the scenes have done them no favours.

Direct result
On the field, they’ve changed coaches quite a bit over the past few seasons. It’s a direct result of too many people arguing with each other over the direction they want the club to take. I just think that Shannon didn’t really plan for the bad times when things were going well. They haven’t been able to adapt to the change in the balance of power in the league.

There is no doubt there has been money around the league over the past few years and that certain clubs have been paying to get players and to keep them onside. Some clubs have been only too happy to splash a few quid here and there to get success. The IRFU know it’s happening and they’ve taken steps to bring the game club back to its amateur roots. They released a report last week that came down pretty hard on clubs paying players and they’re intent on bringing an end to it.

Good look
I’m not saying Shannon would have survived if no clubs were spending this money. Things have been going wrong there for a few seasons now and relegation has been coming in all honesty. They need to have a good look at the club from top to bottom and get their house in order if they want to get back up next year.

But if clubs are paying kids straight out of school, then it’s not a level playing field. Some clubs are really struggling to pay their basic running costs alone so when you start paying players, you create a divide between the haves and have-nots. It’s not sustainable in the longer term and that’s why the IRFU are trying to sort it out. I’m a big believer in the value of the club game and I hope it remains vibrant and that it can be a pathway for lads who want to make it to the top.

Shannon will come back, I have no doubt about that. People haven’t been pulling in the same direction there for a few years and something like this might just be the shock to the system the club needs. Sometimes you need everybody to get a jolt and to realise just how bad things have become.

Hopefully relegation focuses the mind and the people involved realise what a great club they’re involved with. They’ve given so much to rugby in Munster and Ireland and they’ve provided so many players to the top level of the game. They can take heart as well from the fact that the playing field will be more level in future. There’s certainly no reason for them to just fade away.