‘When we arrived in New Zealand it was summer, when we left it was winter’ 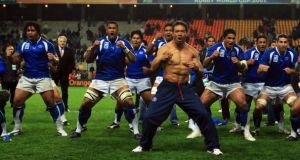 A professional rugby team from Samoa have still not returned home from their season opener on February 23rd.

Manuma Samoa’s first game of this season’s Global Rapid Rugby campaign was on March 14th in Perth, Australia. The team had a two week training camp in Auckland, New Zealand before playing the match on March 14th. They lost.

However, as their match was underway in Perth the Samoan government announced restrictions on travel into the country due to the outbreak of Covid-19. Anyone travelling from one of 33 countries including Australia were to spend two weeks in self-isolation before departing.

Manuma Samoa had initially planned to fly back via Auckland as their next fixture was a home match set for March 21st. The squad were allowed to re-enter New Zealand and the training compound they had used for the previous fortnight was still available.

However, on March 24th Samoa closed its borders to all international travel as of March 26th. Four days before their quarantine period would end, leaving the rugby players stuck in New Zealand indefinitely.

In the compound 20 players slept in one room, in single beds. On March 25th New Zealand went into level four lockdown themselves, and when that eased in late April some players who lived locally were able to leave. However the Samoan based cohort remained in the Papatoetoe compound. Initially told they could leave in April, that soon became May 19th, then May 22nd, and on May 29th they were finally able to fly back to Samoa.

Yet it didn’t end there. Samoa’s strict laws have meant no coronavirus case has been detected in the Pacific island and upon arrival the players were put in quarantine for two more weeks. The players and management - the team is coached by World Rugby Hall of Famer Brian Lima - have been placed in separate isolated locations, making the final leg of this nightmare journey home the longest.

One of the players, Theodore McFarland, told BBC Sport: “now I’ve got no-one. Now I wake up and it feels crazy, it’s just me.”

The squad spent their evenings playing 50 cent bingo, their days keeping fit after converting the living room into a gym, and they cooked outside in Samoan “umus” or stone ovens.

“We were like a family there,” explains the 6ft 6in McFarland. “We’re not allowed drinks, or any of that. It’s part of our rugby culture - especially as we were staying in a church compound.”

Instead they played bingo, and rugby. New Zealand’s level four rules allowed for solitary exercise - or exercise with those you live with.

“Probably the biggest disagreement was at bingo,” the team’s video analyst Hari Junior Narayan explained in an interview with the BBC. “Money was involved so no-one wanted to lose.

“When we arrived in New Zealand it was summer,” says Narayan. “When we left it was winter. My daughter is four months old. The last time I saw her, she was one month, so I’ve missed a lot.

“Sometimes, we forget we even played a game.”