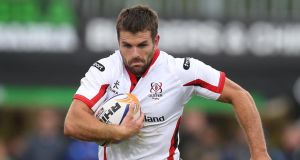 Success has never been defined by the IRFU in a public way with regard to their project player scheme.

But if strike rate in getting non-national players, who earn eligibility to play for Ireland after three years as a resident, on to the test side is any measure the experiment has not worked.

Issues of fealty aside, the efficacy of the Player Project, which Scotland has also adopted, seems questionable with many more falling short of international level than earning their place on the Irish team. Could it be true that before this summer just one, Richardt Strauss, punched through?

The situation with ‘special project’ players is different to those such as Tom Court or Isaac Boss, who have Irish connections through their grandparents. Project Players are specifically targeted by the IRFU and Provinces and brought into the system with the express intention of qualifying them to play for Ireland under the three-year residency rule.

The issue has come to light this week because Jared Payne and Nathan White, both from New Zealand, were at Joe Schmidt’s Irish jamboree in Carton House. Both could be picked for one or more of the November Test series against Australia, Georgia and South Africa.

Payne may bump out young Connacht born and bred Robbie Henshaw for the number 13 jersey, which in many people’s eyes would be a distillation of what is wrong with the experiment.

“I think the ultimate goal for me is to qualify be a player to be accepted in the Ireland squad,” said van den Heever when he arrived. “I think that’s the main goal for me and I think it’s just a bigger future here for me in Ireland.”

There lies the rub. International rugby has become a career path as much as an ambition or dream. It has become a coldly pragmatic promotional tool, a life style choice and less the almost impossible fulfilment of a childhood dream.

But even ripping out the emotion of it, the Test match returns have been staggering low.

Roux has been loaned to Connacht, Borlase was affectionately described as a ‘a big lad’, Sykes we hardly saw play, Ah You is slow to make his move in the front row with Strauss the only one to come through and make it at test level.

And the question can be asked whether the affable Bloemfontein man will displace current hooker in situ Rory Best or Sean Cronin or Damien Varley.

Diack and Herring were named in Schmidt’s 30-man summer squad for games against Argentina, the Capetown man Herring coming off the bench for his debut and the 28-year-old backrow from KwaZula Natal, Diack, also earning his first cap with a start.

The point with both of the South Africans is that a summer tour cap by other measurements is unequal a Six Nations appearance or a World Cup place. People may see it as cynical exploitation of a rule and that’s a common opinion, but in more icy terms, the experiment is running and Ireland is waiting.

Chief’s centre, Bundee Aki, who is eligible for Samoa, is on his way to Connacht on a three year contract, which spells Project.

“They (Ireland) are a good international team as well but I’m just trying to look after my family and myself,” said the talented Aki.

Tyler Bleyendall, a 24-year old from New Zealand was scheduled to arrive in Ireland next month following the completion of Canterbury’s season. Bleyendaal was signed by the province last May, on a three-year contract to give them an option at out-half as well as inside-centre, but he now faces a lengthy spell on the sidelines.

That’s not a smart beginning and Munster will remember the fate of the godly Christian Cullen, who was not a project player, but an All Black legend who arrived with an injury and ended up playing a lot of golf. But let’s not pre-judge.

Yesterday Mick Dawson, the Leinster chief Executive threw a jaundiced eye over the project and asked why a player would come to Ireland, rather than chose to be a project at home. The answer is generally because he is not good enough, or, as Aki inferred, the Irish euro is more to his taste than the Samoan Tala.

Still, if either of them are good enough for a green shirt, who will really care?