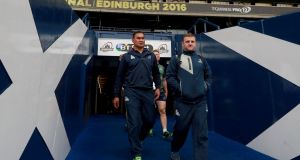 Conor McPhillips will take over as Connacht backs’ coach next season following Andre Bell’s decision to return home to New Zealand for family reasons after two years in the position. Bell also discharged the role of kicking coach and that will now fall to former Ireland and Connacht outhalf Eric Elwood.

Educated at Templeogue College, McPhillips had previous coaching experience with St Marys RFC as well as a Director of Rugby role with Newbridge College in Co. Kildare. Connacht also announced the appointment of Simon Kavanagh as the new head performance analyst for the coming season. He joins from Avenir Sports.

Elwood, currently the domestic rugby manager, will be involved with the senior setup on an advisory basis to work closely with the goalkickers. Connacht coach Pat Lam said: “I’d firstly like to thank Andre (Bell) for all his hard work and dedication to the team over the past two years.

“Andre spent many hours working with our young back line and gave them the confidence and skills to execute our game plan effectively. We all wish him well as he returns home to New Zealand to be with his family and we have no doubt he will add value to whatever group of players he works with in the future.

“Conor is hugely passionate about Connacht and has given many years of service - first as a player, then an analyst and now a coach. He has an impressive rugby brain with an eye for the fine detail that makes a big difference. I have every confidence that he will build on the good work that Andre has done and take it to another level necessary for next season.

“I’m very pleased that Eric (Elwood) has agreed to come on board in an advisory capacity for our goal kickers. There is no one at all who comes close to having the knowledge and expertise of the intricacies of kicking at the Sportsground. “