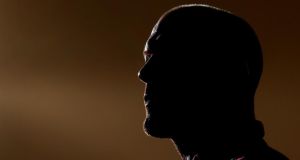 Only in adversity does Paul O’Connell’s true character tend to be revealed.

Remember this very moment last season. Munster were in the horrors. Inexplicably poor when emptied 51-24 by Glasgow, a journey to The Stoop, where Harlequins’ many Lions candidates lay in wait, seemed the last stop on Rob Penney’s tour of Europe.

The knives were out for the Kiwi and his expansive Canterbury ways until O’Connell returned, from what seemed an age in the infirmary, and in one fell swoop Munster were their wonderfully violent selves again.

Like a Viking raiding party, Peter O’Mahony and Tommy O’Donnell forced the respect of the conquered as England’s finest warriors in 2014, Chris Robshaw and Mike Brown, prepared for a summer in the shade.

This time it’s worse because he doesn’t know how to fix it.

“Last week against Leinster was really disappointing,” said O’Connell. “In some ways for me it was more disappointing than that Glasgow performance last year because we just couldn’t get into the game no matter what we did. In the Glasgow game last season we gave up some silly tries that were very easily rectified. It is a small bit similar but we’re at home and that has to lead to a big performance for us.”


Dangerous man
O’Connell was almost disgusted yesterday. Not cranky, always polite and engaging, more like a dangerous man keeping a lid on emotions that would only frighten poor journalists. The Leinster performance could’ve done with another 40 percent he told us. Did he say four percent?

“We did really well against Gloucester away from home, we played well against Leinster at home when we beat them in Thomond Park but I find it hard to put my finger on any big performances from us in recent months.”

The Gloucester synopsis seems overly harsh. Himself and O’Mahony were viciously damaging that night in Kingsholm. Others, like James Coughlan and BJ Botha, piled in behind while Conor Murray and Ian Keatley put toe to everything. Skip on nearly three months and they falter badly in Dublin.

“Really poor performance from us. They dominated us for most of the game. Suffocated us.”

It won’t get easier against the names that rattle off his tongue from Paris. Huget is the first but “Picamoles, Nyanga, Maestri, incredibly big men and incredibly skilful players.”

Toulouse and their offloading ways are the raiders this time.

“ It’s a hard game to stop, it’s a very hard game to defend. I think if you’re forcing an off-loading game it can be very dangerous but they’ve such skilful players with such good feet and size that it’s not something they force, it’s something that comes naturally to them and it’s probably something that’s bred into them since they were very young.

“I think defending that game is going to be a big part of our game plan for the weekend.”


Uncomfortable
But an uncomfortable feeling permeated in Munster camp yesterday. O’Mahony isn’t right yet. The residue of Twickenham.

“Donnacha Ryan is a big loss as well but it’s just part of the game. Dave Foley has done brilliantly since he has come in, CJ [Stander] is always champing at the bit for an opportunity and a chance so that is what you have squads for and that is why Rob has rotated the squad so well in recent months.”

But 40 percent seems too much to ask, even by O’Connell.

You’d swear reading this that he has surrendered. But there are shafts of light.

“One thing we have certainly done this year is we have won a lot of tight games and that is really important.”

There was Kingsholm, Perpignan too, now it must a Thomond Park day to rival the ghosts of epic games past.

Puzzled that it has not come out yet? “I suppose I am yeah.”

That last question annoyed him. There it is. Just a glimpse of it. Only in adversity.