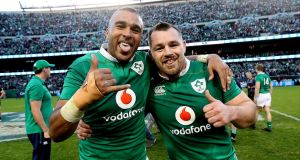 In my first days as an inexperienced Waratahs coach, the former Wallaby great, David Brockhoff, sat me down to give me advice. Whether I wanted the advice was irrelevant to Brock. I was getting both barrels.

As it turned out, it was the first of many great lessons I was fortunate to receive from the only man to win a Bledisloe Cup as both a player and coach. His lessons were mostly delivered with great humour and unbelievable metaphors. For example, he would always demand young openside flankers to show more aggression by saying: “Be like a shark chasing mullet in muddy waters. Hunt! Hunt! Hunt!”

He remains a legendary figure in Australian rugby. He told me he would support me as head coach, whatever the cost, as long as he considered me of value to the team. If he considered that I was no longer leading the team in the right direction, then his support would stop.

With great wisdom and calmness, he explained that his ultimate loyalty was, firstly, to the game of rugby, secondly to the Waratahs jersey and then to the team. Individual loyalty and friendships had to remain secondary to the greater good.

The message was clear. No person owns the game. We only have stewardship for a period of time, not ownership. The overriding loyalty is to do what is best for the game of rugby, so that the value of the ‘jersey’ has improved at the end of your stewardship.

The performance of the Ireland rugby team in defeating New Zealand was absolutely astonishing. During their stewardship as Irish players, they have added great value to the already cherished green jersey.

While part of me thought it’s about time we beat New Zealand – 111 years is a joke – I have to say that the Irish performance in Chicago made me delighted and very proud.

Win against the best

The main factor in Ireland smashing the best team in the world was the fact they were able to score more than three tries. That is not an over-simplification. To win against the best, you must score more than three tries. If you can score four tries, you will win most of the time; if you score five, no matter the opponent, you will win, as Ireland proved.

From November 2014 until the end of the South African tour 2016, when playing against the world’s top 10 ranked teams, Ireland only scored more than two tries in matches against Scotland – in the Six Nations matches of 2015 and 2016, and again in a World Cup warm-up match.

Over the same period, Australia have scored more than two tries on nine occasions against the best teams in the world.

Those of you who read this column regularly know that, in my opinion, over the past two years Ireland have not played smart attacking rugby. Despite the bravery and courage that was displayed in buckets on the South African tour, the team simply did not score enough tries to win the series.

Until last Saturday, the Irish attack was below what was required from the coaching staff and the players of a quality team like Ireland.

In Chicago everything changed.

The tries were scored right across the park.

Ireland mauled and bashed two excellent forwards tries. Zebo touched down in the corner after Sexton attacked the short side. Conor Murray pulled the New Zealanders’ pants down with a run straight “up the guts”. He was assisted with some beautifully illegal blocking by CJ Stander on Owen Franks, which was so effective it could land him a contract as an offensive lineman with the Chicago Bears.

It finished with Henshaw dancing, then powering his way over. I loved it all.

The obsessive kicking for territory and working for penalties we have seen over the past two years was gone. Thank God, because it was so boring.

At Soldier Field we saw the return of an attacking mindset in the Ireland players. They wanted to offload passes and they did. It was a wonder to behold and must have been a total joy to play.

Joe Schmidt returned to his own truth. The rugby I loved to witness at Leinster and in the early days of Ireland returned. After a horrid two years, Joe has developed and moved the team forward. Now he cannot allow his team to lapse back into that negative mindset of the past.

The leadership and play of Rory Best has been exceptional. Since taking over as captain, he has had a galvanising effect on this team. His personal performances in the victories over the Springboks and New Zealand have been phenomenal. He has developed into a very similar player and leader as the great Ciaran Fitzgerald. Rory is on track to emulate Ciaran as the captain of the Lions, because he has experienced defeating New Zealand. A very rare commodity in the north.

As wonderful as it was, it was only one game. Irish rugby history has been littered with a great performance one week, only to be let down in subsequent fixtures. Consistency over the next three matches is paramount.

Canada are worthy opponents. They showed during the last World Cup that they are a team that has improved greatly and are capable of scoring excellent long-range tries. The Canadians will also be the perfect opponents for Ireland to continue to develop the joyous attacking structures that were so valuable last week.