Kilkenny and Tipperary set to progress to hurling league semi-finals

Allianz Hurling League previews: Galway have the edge over Cork in relegation play-off 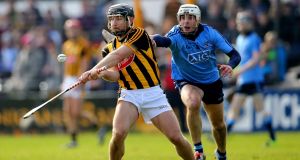 Allianz Hurling League Division One quarter-final Dublin v Limerick, Parnell Park, 7.0 – A re-run of last year’s quarter-final won easily by Dublin in the face of a dire Limerick performance. Once more, TJ Ryan’s team come into the knock-outs carrying the disappointment of another failure to win promotion. Although much was made of Clare’s irregular goal, they were on the day a good bit better than Limerick, who didn’t help their cause by playing the second half a man short. One upbeat factor for the visitors is the return of the victorious Na Piarsaigh contingent, which should strengthen the attack. Dublin have their own All-Ireland winners coming back but the months spent concentrating on football won’t make reintegration of the likes of Shane Durkin an instant process. Ger Cunningham’s side have prioritised a short game – unsurprisingly given the absence for a variety of reasons - of Conal Keaney, Ryan O’Dwyer and Danny Sutcliffe, which has handicapped the ball winning capacity of the forwards. Still, a decent campaign in the top division and the venue advantage of Fortress Parnell should see Dublin into the semi-final.

Division One B relegation play-off Kerry v Laois, Tralee, 5.0 – Kerry’s bright season opened with a win over Laois and this time, Ciarán Carey’s side have home advantage. Laois rallied to cause a near-surprise against Wexford but the pattern of the season says that Kerry are better.

Wexford v Waterford, Innovate Wexford Park, 3.30 - This coincidentally was the fixture that confirmed Waterford’s promotion last year and the lethargy of the home side’s display proved a depressingly accurate indicator of what was to follow - and more happily how the visitors would fare during the rest of the season. That trajectory has been maintained in different divisions. Wexford’s mediocre campaign culminated in defeat by Offaly and near-defeat by Laois and whereas a better performance can be expected - or at least hoped for - here they have not clicked this season, apart from maybe the match against Clare. Waterford on the other hand have had a fine campaign, losing their 12-month unbeaten run only after qualifying for the knockout stages as they look to defend the title. The final match against Galway was particularly interesting, featuring as it did the return of both Pauric Mahony and Tadhg de Búrca but also a regiment of panellists who performed sufficiently well to secure a draw. With the first team back on duty they can expect to take the necessary steps to reach the semi-final.

Kilkenny v Offaly, Nowlan Park, 3.45 - The only one of the quarter-finals to have an X-certificate feel to it. It’s hard not to feel sorry for Offaly, whose big return to Birr ended in disaster. The win over Wexford had appeared to mark real progress but losing to Kerry drained the good out of it in a matter of days, a particularly disillusioning result for manager Eamon Kelly, who had previously been with Kerry. His response to this is simply to emphasise the challenge, as he told this newspaper during the week: “We played Kilkenny in the Walsh Cup, against their under-21s, and we just about beat them, which gives you some indication of the strength they have. We’ll have a fair indication of where we are on Sunday evening.”

Kilkenny have almost glided through the league but there has been little change in the status of TJ Reid and Richie Hogan as the main providers and for this Brian Cody is expected to have Conor Fogarty, Eoin Murphy, Paul Murphy and Colin Fennelly back and available. This will business as usual.

Clare v Tipperary, Cusack Park, 3.45 – This fixture in Ennis was one of Tipperary’s best displays in last year’s league but this season has been difficult for Michael Ryan in his first year. Key players haven’t shown much form - Patrick Maher (injured for this), Pádraic Maher, Noel McGrath have all been subdued - and Séamus Callanan has missed nearly all of the campaign. John McGrath, who was injured for much of last year, has been impressive, the best of the forwards. This won’t be quite the test it might have been because Clare are short two of their best players, Tony Kelly and David McInerney - key losses in both attack and defence. Conor McGrath showed his predatory instincts are alive and well in the critical promotion match against Limerick but in general Clare were a bit wild and inaccurate, their 19 wides keeping the match alive for longer than necessary. They may well produce a performance but the balance of playing strength is with the visitors, who should progress.

Division One A relegation play-off Galway v Cork, Pearse Stadium, 3.45 – The alpha and the omega of the counties’ season. This was the first fixture back in February and Galway won a high scoring match. It’s one of the less satisfactory aspects of the league that a team who lost all of their matches can with one win stay up and relegate another side that lost only two. Cork’s troubled season has been exacerbated by a viral bug in the panel that has left a number of first choices doubtful. Kieran Kingston can have been happy with only the match against Kilkenny when the team produced its best display - but still gave away a winning position in the closing minutes. There hasn’t been huge progress in auditioning candidates for problem positions, notably full back. Galway have availability concerns of their own but also have players returning, including Pádraig Mannion. They look too well stacked in the forwards to trip up against a Cork team that amongst its woes has the dubious honour of the worst defence in the entire league.

New FAI president set to be elected on Saturday