It’ll take one hell of a team to stop Rock 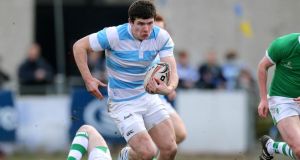 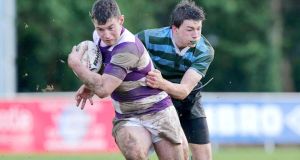 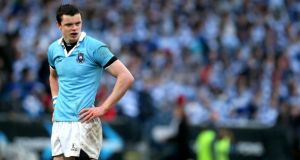 St Michael’s College will be looking to their fantastically athletic lock James Ryan when they take on Terenure College next Sunday at what promises to be a congested Donnybrook. Photograph: Ryan Byrne/Inpho

“They play pure rugby, how the game should be played. Their forwards are big and brutal, backs smooth and clinical. They are well coached. They are well conditioned. It’s going to take one hell of a miserable day if any team is to get near them.”

That’s a rival coach’s assessment of Blackrock College version 2014. Despite the return of seven players so instrumental in last year’s epic victories over Roscrea and then St Michael’s in the final, the 68th title is by no means a certainty.

It looks a strong possibility, though.

Last year’s breakthrough was an unexpected bonus for Peter Smyth’s group. Terenure were slated to win the tournament but got caught cold by a Roscrea side that have already fed the Ireland under-20s squad with four gnarled forwards in Rory Moloney, Seán O’Brien and props Oisín Heffernan and Jacob Walshe.

The feeder school to the Connacht Academy must still be wondering how they lost an unbelievable semi-final. The difference was conditioning and a Blackrock bench that included returning ball-carriers Jack Dwan and Dane Fitzpatrick (who featured at lock and prop in the Leinster under-19s’ recent victory over Australia). Both landed try-scoring blows on Roscrea to reverse a 20-7 deficit and win 23-20 at the death.

In the final they managed to uphold their record of never losing to chief rivals St Michael’s in a senior cup game.

It was remarked at the time we were witnessing the biggest Blackrock pack since Bob Casey and Leo Cullen prowled the boards in 1996 (the last time they retained The Cup).

All three look primed to enter the Leinster Academy this summer. The phenomenally powerful Loughman was unearthed in Athy where he was believed to alternate between backrow and centre.

Zach O’Hagan and Jack Power are the proven finishers out the back, while Joey Carberry, Seán Kearns and flanker Conor Oliver will also showcase their quality in the coming weeks. O’Connor does most of the heavy lifting but Timoney looks to be first among these Blackrock equals.

That same day, down in Carlow RFC, will see a repeat of the league final between Newbridge and Roscrea. Coached by Leinster hooker Aaron Dundon, Newbridge destroyed their midland rivals 43-10 in December.

Like Blackrock, this is the Kildare school’s best offering since Geordan Murphy’s side in 1996.

Their flaw last year was size but that has been addressed by their most talented being physically developed within the Leinster age grade programmes.

Captained by Thomas Brady and guided by Mark Sutton, 11 of Dundon’s squad were recognised by provincial call-ups in Leinster and Connacht. Another two – Chris Healy and Richard Dromgoole-Maguire – are playing minor Gaelic football for Kildare.

They don’t look out of place alongside the other perennial contenders.

Michael’s look best equipped to challenge Blackrock and win the competition but they could conceivably be caught cold by a Terenure side coached by Dermot Blaney (incidentally, Joe Schmidt’s son Tim enters his third campaign at scrumhalf).

It would be remiss in this preview section not to highlight Clongowes Wood College. With almost as big a pack as Blackrock, and adopting that confrontational approach of theirs, James Joyce’s boarding school are the ultimate cup team.

Blocky centre
Blocky centre Fergal Cleary will drive them over the gainline, while Cian O’Donoghue is an attacker in the tradition established by Gordon D’Arcy and carried on by the Kearney brothers.

Belvedere are third favourites, at 5/1, producing a mammoth pack (the norm nowadays) of north Dublin forwards. The presence of Phil Werahiko, whose reputation has been moulded in the AIL, should guarantee a functioning lineout and well drilled, structured approach that will prove too much for Wesley on January 28th.

It all starts next Sunday at what promises to be a congested Donnybrook for St Michael’s versus Terenure. The Charlie Cregan-led side, which also includes returning duo Adam Leavy and Alex Penny, should have enough nous to progress but it’s made for Terenure.

St Michael’s will peer past them at their peril. ’Nure proved unstoppable in 1997 despite being seen as the fifth best team in Leinster before the competition started. They were captained by David Blaney back then. When that family is at the helm, everything seems possible for the Dublin 6 crowd.

This gathering is supposed to represent an elitist, boys only club but rugby has altered the sporting landscape in Ireland these past 15 years.

That’s best reflected by the rise of the middle tier schools like Newbridge and Roscrea, who have a cracking outhalf in Tim Foley. Places like Gonzaga and St Gerard’s are also producing their share of aspiring professionals.

The issue of supplements hasn’t gone away, merely multiplied to such an extent that the IRFU went public with their guidelines to teenage rugby players earlier this season.

Still, there will be no dope testing after matches or out-of-competition either.

Anyway, while it may be Blackrock’s to lose, the open draw after each round means one from Belvedere, St Michael’s, Newbridge or Clongowes can make them earn it come March 16th.