Gatland angling for a psychological edge 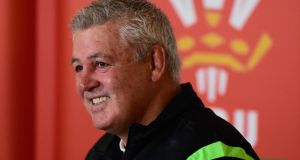 Warren Gatland has a remarkable Six Nations coaching record and his ability to chisel out a psychological edge is among his many talents. Naming his team 48 hours early hardly qualifies as a major surprise – the list of names was predictable – but the perception of Wales being a more decisive and settled camp before Friday’s game in Cardiff has been subtly reinforced.

It also left Gatland free to speculate idly on England’s line-up, not least his suggestion that the Leicester pair of Tom Youngs and Dan Cole should be picked in the front row because of their club familiarity. Given that Stuart Lancaster is expected to name Dylan Hartley at hooker rather than Youngs, another possible seed of English uncertainty has been artfully sown.

A double bluff? It required no formal MI5 training to start thinking along such lines as the Tigers pair were the starting combination when England lost 30-3 at the Millennium Stadium in 2013. When Hartley started the following year at Twickenham, England won 29-18.

Gatland, however, is not about to hand England unnecessary ammunition and was happy to confess he might have misjudged Hartley in the past. “I said a few words about him a number of years ago and he shoved it back in my face by responding brilliantly with a fantastic performance,” he said. “As a coach you’ve got to admire and respect that. I think he’s a quality hooker.”

It helps explain the return for Wales of the powerful Richard Hibbard at hooker, with the only other change to the side that beat South Africa in November being the return of George North.

The game will also yield a 50th cap for the Wales captain, Sam Warburton, a player for whom Gatland has huge respect as a leader. “He reminds me of Richie McCaw: someone who has been given the role young and who we’ll get a lot more from in the next few years.”

It was equally hard to argue with Gatland’s description of Leigh Halfpenny as “the world’s best goalkicker”, nor to overlook the kick up the backside the Wales coaching staff have given North as they seek to increase his workrate. “We don’t think George has played that well in the Welsh jersey in the last few games so there’s a lot of pressure and expectation on him to perform,” he said.